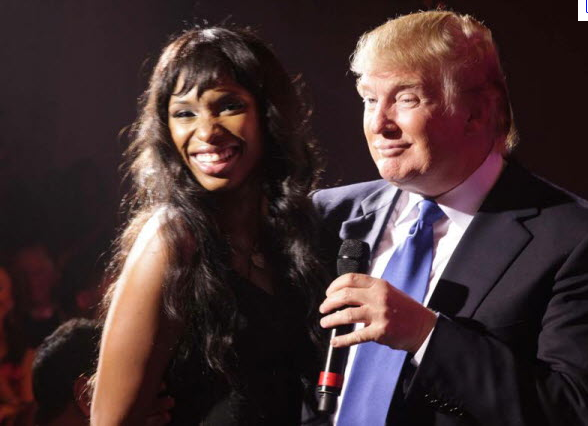 Donald Trump probably won’t be asking Rihanna to perform at any more of his charity events. The pop star was reportedly paid 500-thousand-dollars to take the stage last Saturday at a fundraiser for South Florida’s Dana-Farber Cancer Institute, but canceled at the last minute claiming she was sick. The next day, however, Rihanna performed at the NBA All-Star Game, prompting Trump to call her behavior “insulting to everyone.” Fellow R&B singer Jennifer Hudson agreed to fill in for Rihanna on short notice, which Trump says worked out better in the end. He tells the “Palm Beach Post,” quote, “Nothing was missed. Jennifer’s a beautiful girl. She came on her day off even though she performs almost every night. She is an unbelievable talent, and her voice is better.”