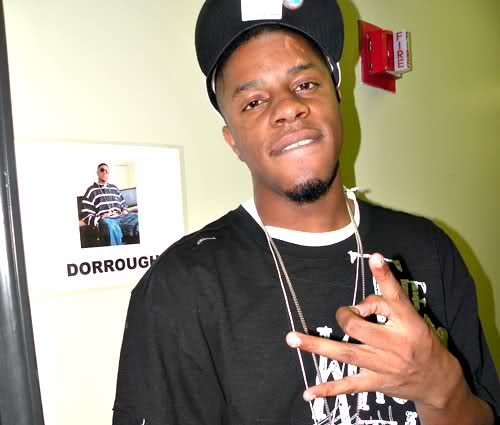 Up and coming Texas rapper Dorrough was reportedly arrested on Tuesday morning. Sources tell AllHipHop.com that DEA agents raided the emcee’s Dallas home due to suspected drug trafficking. An insider says ten law enforcement officials kicked in Dorrough’s door with weapons drawn, although they reportedly didn’t find any drugs or weapons on the property. It is not known what charges Dorrough is facing, although the source says he’s hired a powerful group of lawyers, one of which “is a Senator.” The insider adds, quote, “Dorrough will make a formal statement with plans to clear his name later this week.”

Dorrough is best known for his singles “Ice Cream Paint Job,” “Wired to the T,” and “Walk That Walk.” He has also released the albums “Dorrough Music” and “Get Big.”