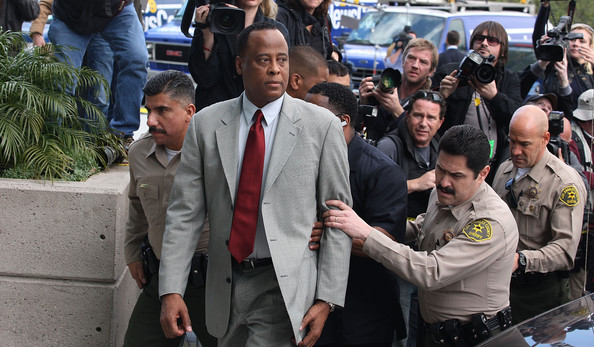 The man accused in connection with the death of the late Michael Jackson received some good news last week. TMZ.com is reporting that the Nevada State Medical Board decided to allow Conrad Murray to keep his medical license after a telephone meeting last Friday. Murray was reportedly able to prove that he was up-to-date on his child support payments. Murray had previously told the Board that he was in full compliance with his child support, when technically he wasn’t. A rep for the doctor tells TMZ that Murray believed he was in compliance at the time because he was in negotiations with lawyers for the mother of his child. Earlier this year, the Nevada State Medical Board ruled against Murray prescribing or administering any anesthetics normally prescribed by an anesthesiologist. He has a similar restriction on his medical license in California.
Conrad Murray was Michael Jackson’s doctor when the singer died from cardiac arrest on June 25, 2009. Lethal levels of the drug Propofol were eventually discovered in the pop star’s system. Murray has since admitted to providing Jackson with the drug, and is currently facing an involuntary manslaughter charge. Murray is due back in court on January 4th.