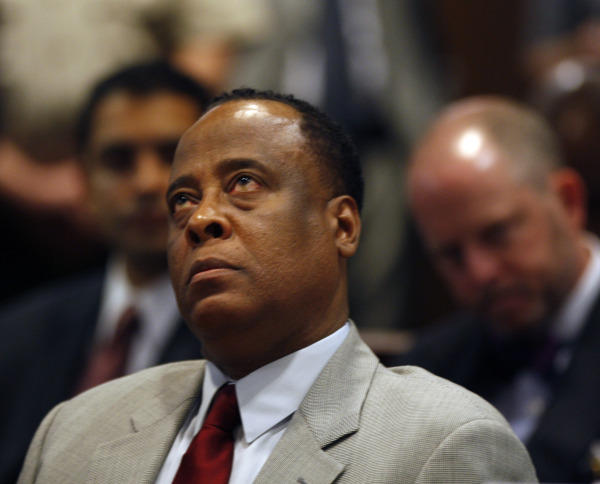 Michael Jackson’s former doctor has reportedly come to the aid of yet another airline passenger. A source tells RadarOnline.com that Conrad Murray was on a Delta flight from San Francisco to Minneapolis Sunday morning when an announcement was made that a man needed medical attention. Murray and another doctor on board helped stabilize the man, who was said to be clammy and disoriented. Fortunately the passenger didn’t suffer any great harm, as the plane reached Minneapolis and paramedics determined that he was alright. While the man didn’t appear to recognize Murray, Radar’s insider says other people on the plane “were staring at him.”
Conrad Murray was involved in a similar incident last May when he helped treat a woman who had fainted during a US Airways Flight. Murray is currently fighting an involuntary manslaughter charge in connection with Michael Jackson’s death. Jury selection in the case has begun, with prospective jurors due back in court on May 4th. Opening statements are slated to get underway on May 9th.