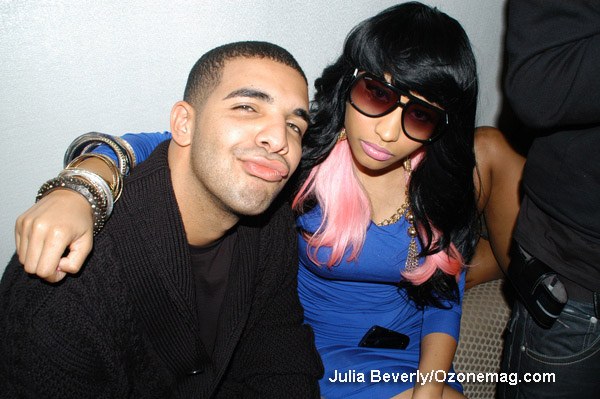 Rapidly rising rap star Drake will be heading out on the road this year. Billboard.com is reporting that the emcee will kick-off his “The Away From Home Tour” in the spring. The trek begins April 6th in Charleston, Illinois, and will feature 25 shows with stops in Orlando, Boston and New Orleans. The tour will also include stops at 15 college campuses as part of the “Campus Conscious Tour.” Included on Drake’s “The Away From Home Tour” is Canadian rapper K-OS and New York pop band Francis & The Lights. Drake has also partnered with the non-profit organization Reverb to adopt eco-friendly policies for the tour. Biodiesel fuel and biodegradable and recyclable products will be used on Drake’s tour bus and backstage. An “Eco-Village” featuring environmental groups will also be included on “The Away From Home Tour.”
Drake went out on tour last year as a part of Lil Wayne’s “Young Money Presents: America’s Most Wanted Music Festival.” Unfortunately, the rapper injured his knee during the tour and was sidelined for part of the trek. Drake is currently working on his debut album, “Thank Me Later.” The record is expected to hit stores sometime this year.

The homie necolebitchie posted Young Money came out in support of Lil Wayne last night at Dolce for his official â€œGoing Away Partyâ€ in Miami. As you may recall, Wayne was arrested in 2007 on gun charges. He will be formally sentenced this Tuesday (tomorrow) and is expected to begin his jail sentence at Rikers Island immediately afterwards.