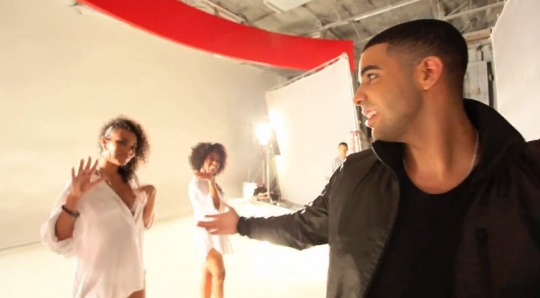 Drake continues to reveal details about his upcoming “Thank Me Later” album. MTV.com says the emcee was in Los Angeles last Thursday night on his “Away From Home” tour when he announced to the crowd that R&B diva Alicia Keys would be featured on his record. Just before jumping into his track “Fireworks” Drake stated, quote, “This right here is the first song that you will hear when you put that disk in. It’s a song with myself and Miss Alicia Keys.” Drake first debuted “Fireworks” during the start of his tour, and he’s been revealing more of the song as his trek has progressed. He discussed the single last month with MTV saying, quote, “It’s really where I am in my life right now. I know they’re looking forward to the album, so I want them to get a feel of how the story starts off.” Drake’s “Thank Me Later” will also include the singles “Over” and “Find Your Love.” The record arrives on June 15th.
>>Drake’s “Find Your Love” Video Criticized By Jamaica’s Tourism Minister