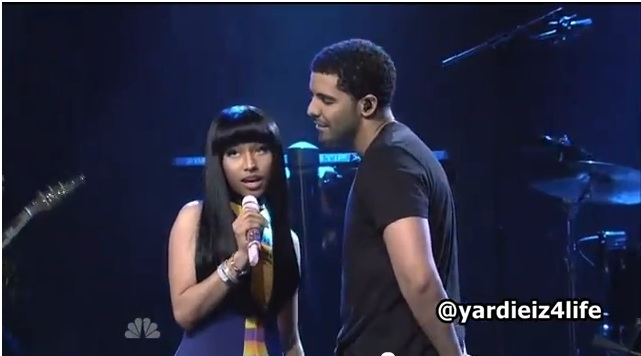 Drake recently made his first appearence on ‘Saturday Night Live’ and although we’ve seen him act beforeÂ we’ve never seen his comedic side and to our surprise he was a hit.Â He also brought his labelmate and friend Nicki Minaj to perform the world premiere of his new single “Make Me Proud”. Check out the skits plus the performance inside.

Drake also participated in two skits during the show. The first was a very funny interview with Andy Samburg that ends with Drake showing off his Cosby sweaters and ability to act in interview situation.

The other happened during Weekend Update when Drake and the showâ€™s Jay Pharoah showed up dressed as S-curled-down versions of Teen Wolf to perform a song called â€œBag Jackin,â€ which is about their favorite Halloween activity: Snatching candy from trick or treaters.

How do youÂ thinkÂ Drake do on his first SNL performance?