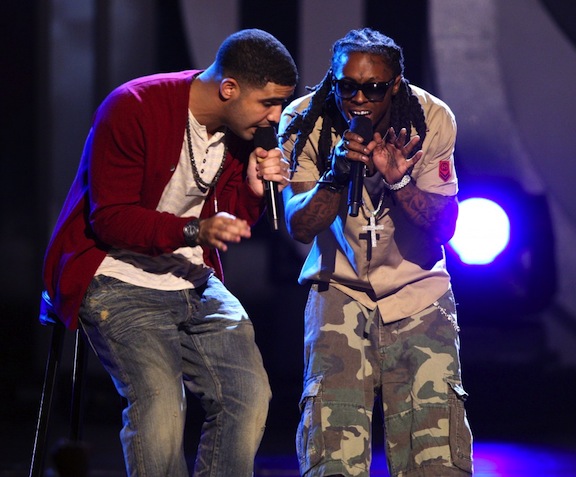 Drake made a surprise appearance during the Washington, D.C. stop on Lil Wayne’s “I Am Still Music” tour, performing several songs with his mentor, and addressing the rumors that he had split from his Young Money crew.

Introducing his Canadian protÃ©gÃ© with a heartfelt dedication before launching into their duet, ‘Miss Me,’ Wayne thanked the crowd for their support.

“I know ya’ll know a few months ago I was locked up and s–t, but it was people like Drake and people like y’all that made me feel like I wasn’t even there, so I appreciate that s–t. I really do. I just wanted you to miss me while I was gone!”

Drake then begged for Wayne’s permission to clear up rumors about the alleged dissension within the Young Money ranks.

“Can I say something?” he asked. “I wanna tell you something. You see, today, when I landed in D.C. and I got off the plane, this n—- looked me in my eyes and he asked me, ‘Did you drop out of Young Money?’ And I looked him right back in his eyes and I said, ‘Boy, are you out your motherf—in’ mind?’ Man, I want this s— ‘Forever!'”

Lil Wayne’s long-awaited ‘Tha Carter IV’ is in stores May 16.