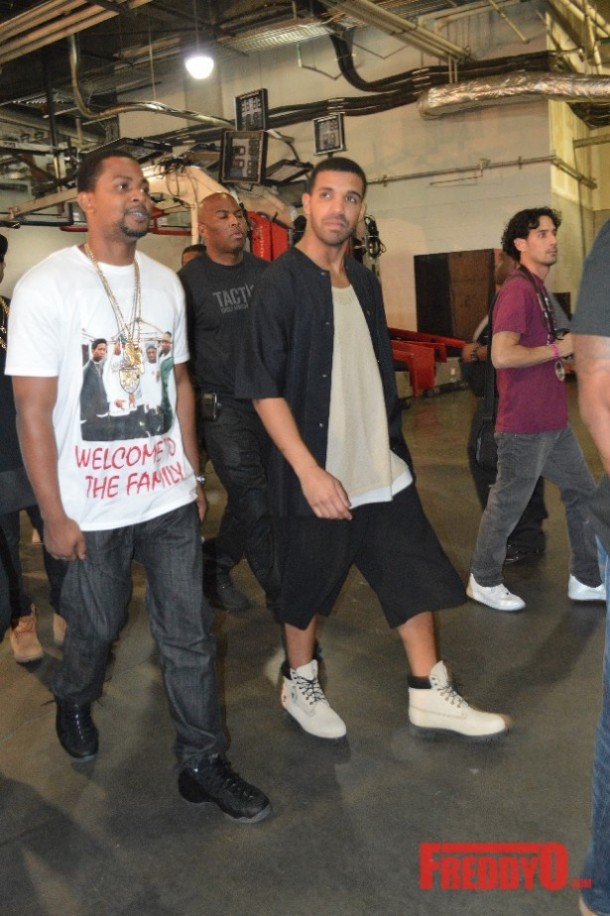 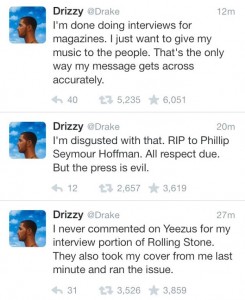 Drake tweets that “I never commented on Yeezus for my interview portion of Rolling Stone. They also took my cover from me last minute and ran the issue.” He goes on to say that “[he’s] disgusted with that.”

Mr. OVO then paid homage to the late Phillip Seymour Hoffman stating “All respect due. But the press is evil.”

And in true Yeezy style, makes the announcement that “[he’s] done doing interviews for magazines,” saying ” I just want to give my music to the people. That’s the only way my message gets across accurately.”

Much like Kanye, who only recently began doing interviews again, it appears that our homie Drizzy Drake will be taking a hiatus from interviews for awhile. Man, I can’t believe he is going on hiatus before I got the chance to sit down with him!

Drake keep making those hits that we love and don’t lump us all in the same pool!!!

What do you think about Drake no longer doing magazine interviews?