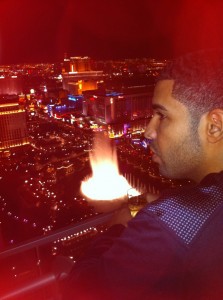 MTV News says Drizzy takes a shot at Luke in a song called “The Motto,” which is on his upcoming album “Take Care.”

During one of the verses, Drake raps that someone needs to tell Uncle Luke that he’s out in clubs, meeting women, and living it up in a “condo up on Biscayne.”

Drake’s rhymes are in response to Luke’s comments last month in the “Miami New Times.”

Luke stated that he’s tired of rappers partying and having a good time in Miami, but never giving back to the community. Luke, who’s a south Florida resident, said if artists don’t start caring more about helping the city he’s going to have “their Miami cards revoked.”

Fans can check out “The Motto” in its entirety when “Take Care” drops later this month. The album is due in stores on November 15th. Until then here’s the song!!!!