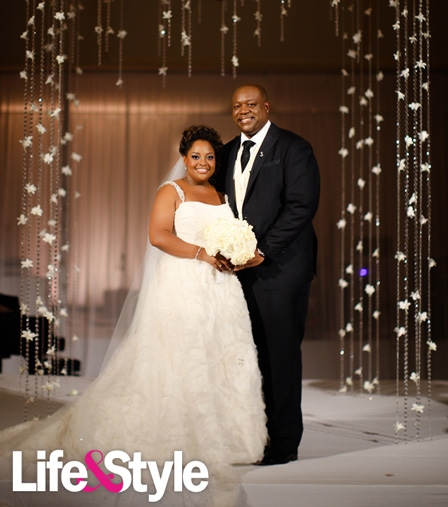 We recently announced Sherri Shepherd and Lamar Sally’s wedding this week (click here) but it seems all was not as pristine as it seems. Actually, the parents of the lovely couple hated the fact that they were getting married! Sherri’s father feels that she shouldn’t be the one supporting the family and hates that she’s making the new hubby her manager. Lamar’s mother just doesn’t like Sherri and Sherri has said on the show that her new mother-in-law would say how much she liked Lamar’s previous girlfriend better than Sherri!

Aside from the family, guests were wondering why Sherri’s The View co-hosts weren’t present at the wedding. Joy Behar got married a few days earlier, so she was on her honey moon, but what are the others’ excuses? Guess we’ll have to see if this drama unfolds on the show…What do you think?