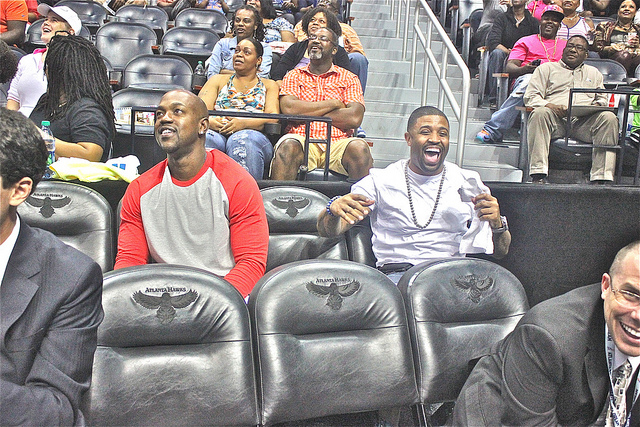 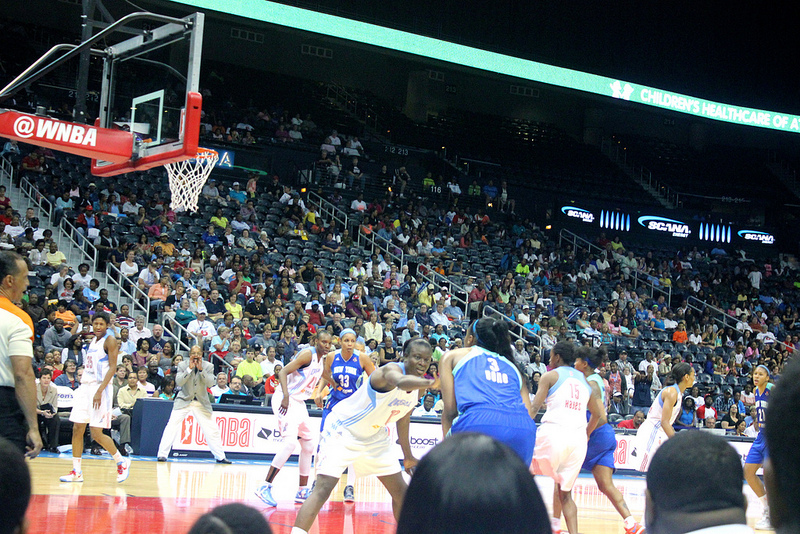 Atlanta Dream Beats Liberty 75-46 or should we say Murders Liberty? The seats are filling up as this shot was taken final ending. Way to go City of Atlanta , V-103, RL (R & B Artist), Tyler Perry actor Brad James (For Better or Worse) supporting the DREAM

RL (R&B Artist) from the Group NEXT. (Was he Laughing at the Liberty Score?) 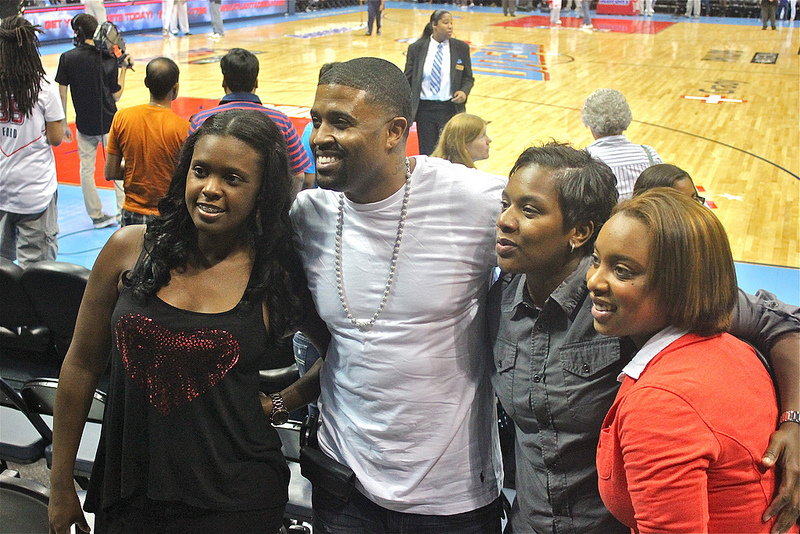 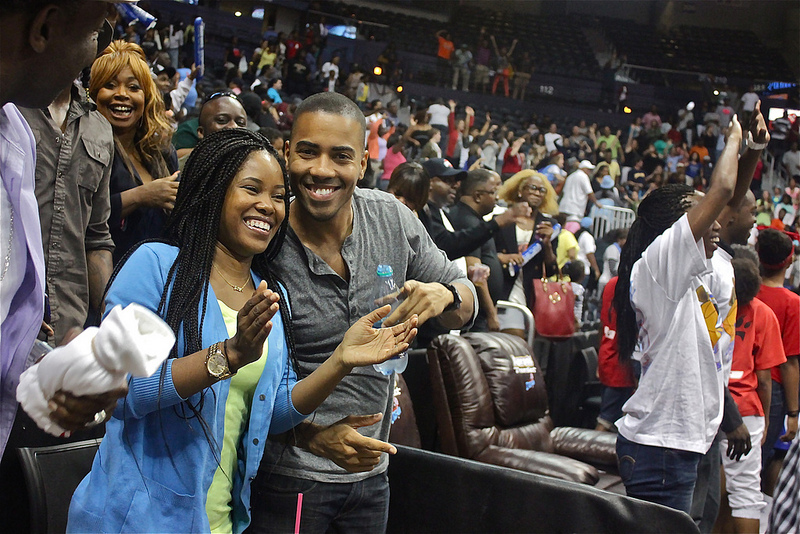 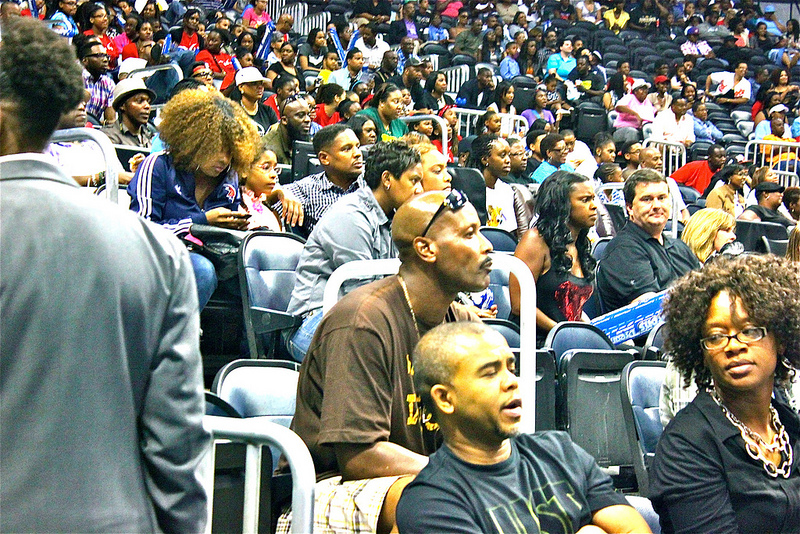 the team. It’s always good to see familiar faces courtside at the games. Who could Ramona Debreaux possibly be texting? Let’s move closer to see. 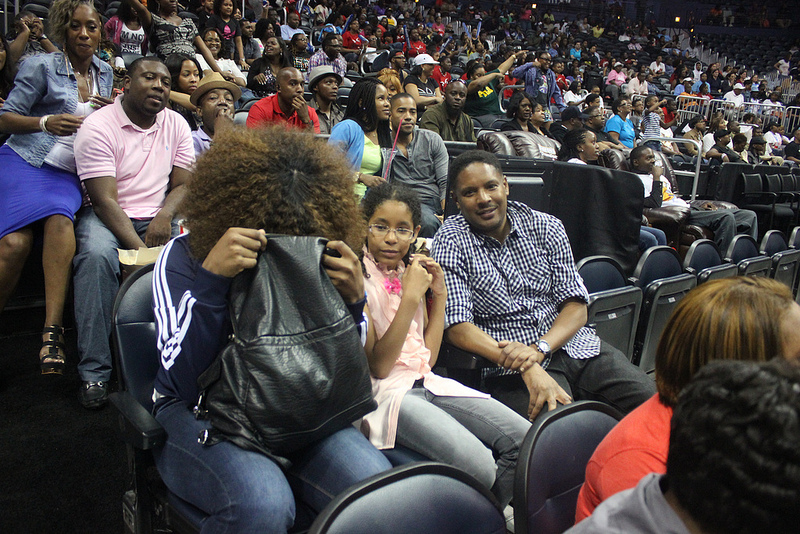 I hope Ramona was hiding and not looking for food in the bottom of that bag. Really?? Debreaux from V-103 was there supporting her city and the People Station v-103. We can’t wait to see what Ramona will have in her booth at the V103 car and bike show coming soon. 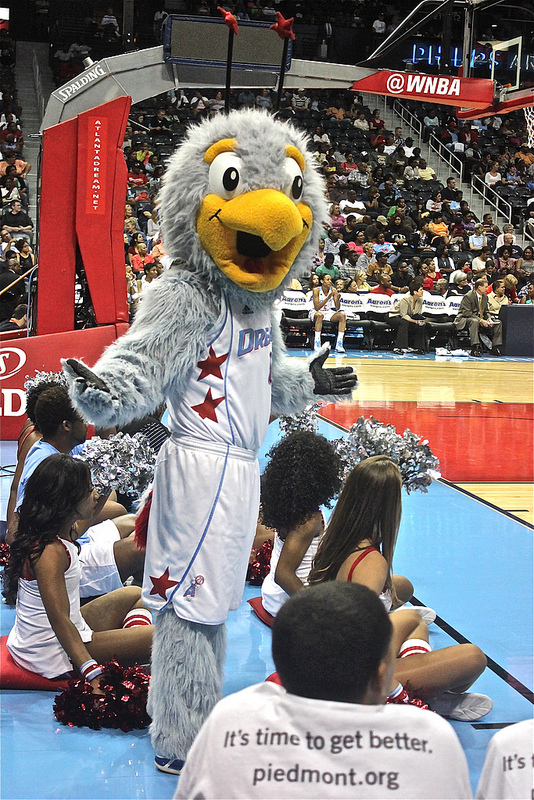 I wonder if he and Harry are cousins. I’m going to ask him 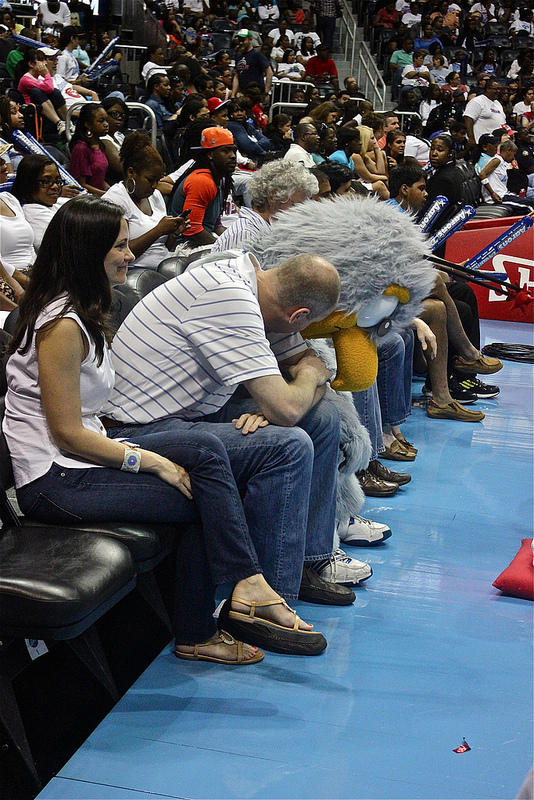 Well that’s just great! I embarrassed him. I’m sorry. It was just a slight resemblance. Talk about sensitive 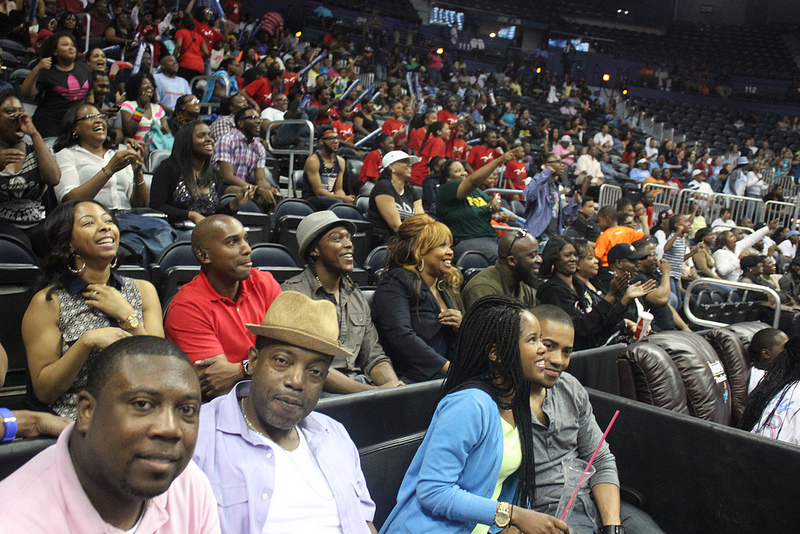 Back to the Stans. They don’t mind photos. Stans equal = Fans in the Stans 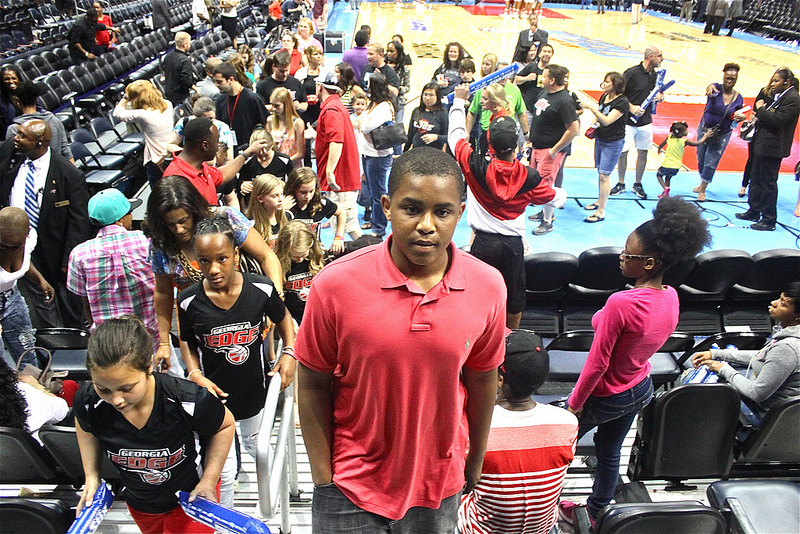 Seems like there were several schools that brought kids out as well. Go Team! This is a great place for a family outing. 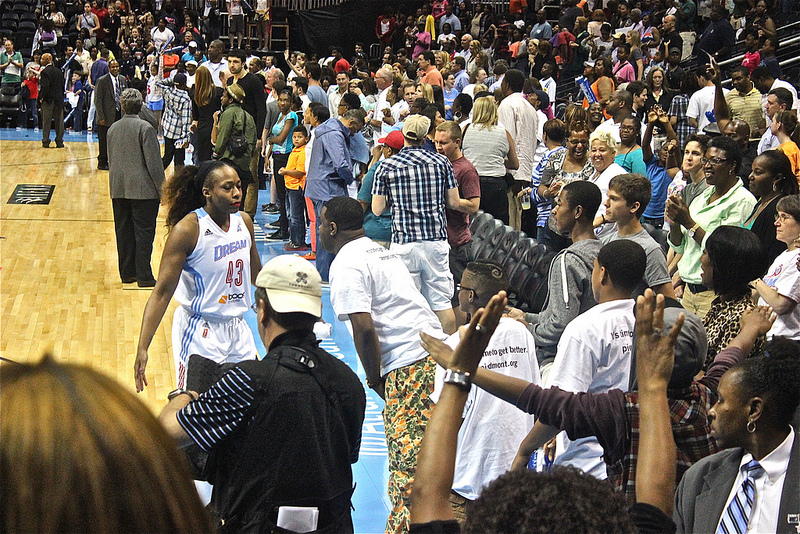 Especially if your family is on the winning team!