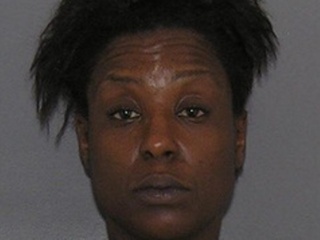 More than likely, this was the most unique traffic stop two police officers from Elmwood Place police have ever encountered.Â  Officers pulled over 32-year-old Colondra Hamilton for an equipment violation on Aug. 17 around 7:30 p.m. in the 200 block of Township Avenue in Elmwood Place. Officers found Hamilton to have her pants unbuttoned with a female sex toy in her lap. She told officers she had been using the toy while driving, as well as watching a video on a computer her passenger was holding. It is not clear what the nature of that video was. Hamilton was also found to be in possession of a broken crack pipe.Â Hamilton is charged with driving with misdemeanor impaired alertness and two counts of possession of drug paraphernalia. According to court records, Hamilton has a lengthy criminal history.Court records show that a warrant was issued for Hamilton’s arrest after she failed to appear for her arraignment just hours after she was processed and released from the Hamilton County Justice Center.Charges against the passenger do not appear to have been filed. This is crazy….and the first…What do you all think about?- Courtney L.