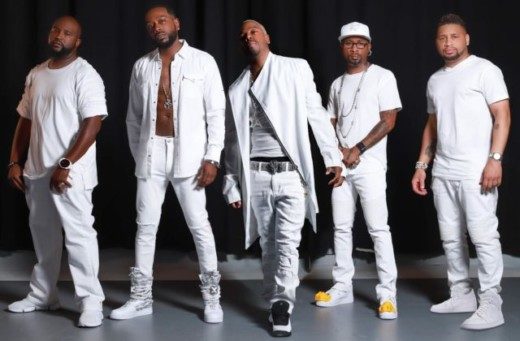 Dru Hill’s new member ain’t even tryin’ to lie Smoke E. Digglera knows he and the group got busted hilariously for photoshopping his sneakers, but there’s a funny story behind the mishap.

Smoke, formerly lead singer for Playa, tells TMZ the mix-up started when he showed up for the photo shoot with Sisqo and the rest of DH, including fellow new member, Black. As the Internet immediately figured out those white Jordan 1 shoes on his feet were dropped in to cover up his wardrobe malfunction.

He says a miscommunication on what the shoot was supposed to frame led to a last-minute change in editing.

As you probably know, fans roasted the poor Photoshop job with a bunch of “WHAT ARE THOSE?!” memes.

Somebody’s sleepin’ in my bed, messin’ with my… sneakers. #druhill https://t.co/GG2G0JW5Vx

Despite the widespread jokes … it sounds like Smoke would do it all over again. Comfort over everything, baby!