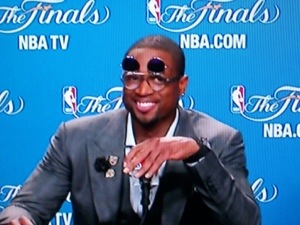 Dwayne Wade’s baby mama is not happy. She is accusing the NBA star of depriving their children of life-saving asthma medication.

TMZ reports that Siohvaughn Wade filed documents in their custody dispute. She claims he “has never obtained any asthma inhalers or asthma nebulizer machines for the children since [Dwyane] was awarded children in his custody on March 11, 2011.” 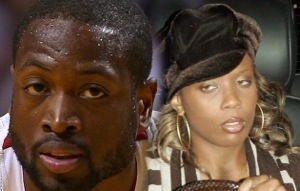 Their two children both suffer from the condition an need supervision. The documents also state, “[Dwyane] recklessly failed to provide the five and ten-year-old children with any medication for a life-threatening illness.” She believes he is allegedly putting their children in danger. She wants a court order to make sure he is more attentive. She also wants more parenting time, “continuously and willfully making every effort to alienate the children from [her].”

She wants Dwyane prosecuted for visitation abuse. BUT last summer she was arrested for attempting to abduct the ex-couple’s children.