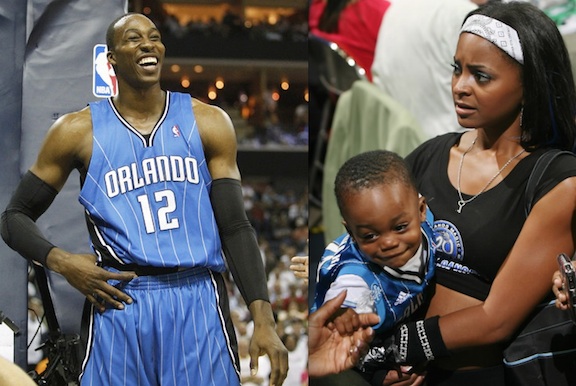 Dwight Howard is one of the most likable players in the NBA. He’s open, personable, friendly and generally likable. You’d be hard-pressed to find someone who didn’t like Howard, yet, something we may not associate with him is an ugly court battle between him and the mother of his child.

Right now, Howard is looking to get his money after winning a $500,000 settlement against Royce Reed, who was speaking ill of him in the media. It was a big win for the center, who obviously didn’t like that his good name was being dragged through the mud by this woman for no good reason.

Dwight Howard won a $500,000 judgment against his baby mama in the state of Florida for talking smack about him — but she hasn’t paid up, so he’s going after her in California. Howard won the judgment against Royce Reed for half a mil last year because she violated a court order, prohibiting her from talking about him in the press.

Howard claims Reed now owes him $551,606.74 — which includes interest. So Howard has filed papers with a California court, which could give Howard the right to go after Reed’s assets in Cali.