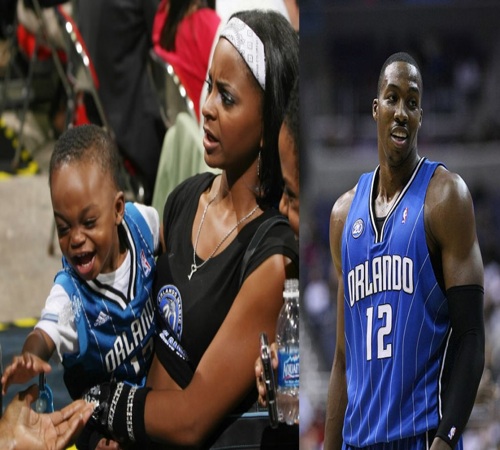 (9/16/2010) Dwight Howard says he’s sick of his baby mama bashing him to the media and by her doing that she’s violating their court settlement now dude wants at least $500,500,000 to make things right. WOW Clearly Dwight forgot that she’s a baby mama and has nothing… Here’s all the dirt

TMZ has obtained legal docs filed by the Orlando Magic star in Orange County, Florida, in which he claims his baby mama Royce Reed — who stars on VH1’s “Basketball Wives” — leaked dirt about him to the media at least 11 times … thus violating a 2009 gag order.

In the docs, Howard explains that if the leaked stories reached 1,000,000 people — a safe estimate given that the stories were posted all over the Internet — the damages should add up to $500,500,000 based on the terms of their previous agreement.

A rep for Reed denies any wrongdoing — telling TMZ the leaked info originated from legal documents … which is “immune to any agreement made by the parties.”

I wonder how much of his own money he’s going to get back.