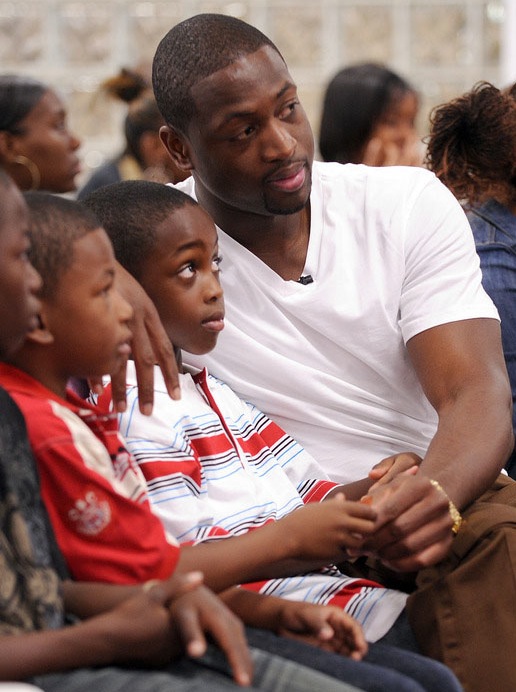 This week, a jury settled 3 multi-million dollar lawsuits in Miami Heat superstar Dwyane Wadeâ€™s favor. The lawsuits, which were all business related, were settled for an undisclosed amount (reportedly around $1 million). Now comes word that yesterday, Wade won another significant court battle: temporary custody of his two sons.Â For a judge to award a father custody of his children, the mother must really be a piece of work:

Dwyane Wade now has temporary custody of his two sons, the second significant legal development of the week for the Miami Heat star.Â Wade was awarded â€œphysical possessionâ€ of the boys Wednesday by a judge in Chicago. The ruling came one day after the 2006 NBA finals MVP settled four civil suits in Miami that were brought by, and against, former business partners and were unrelated to his ongoing divorce and custody battle.
The Chicago court found that an emergency order was merited because Wadeâ€™s time for visitation with his children â€œhas been frustrated on an ongoing basis as a result of continual interferenceâ€ by his estranged wife Siohvaughn. The court cited three instances, one in March and two in May, where Dwyane Wadeâ€™s visitation schedules were altered, the last happening when his wife allegedly would not open the gate to her home so the boys could be picked up.