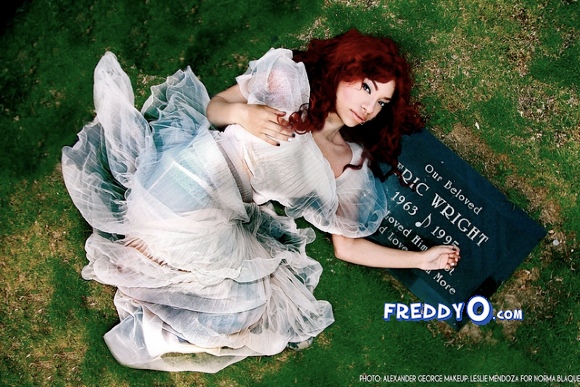 The daughter of the late Eazy-E is paying tribute to her dad’s legacy. According to BallerStatus, Erin Bria Wright decided to remember her father on the anniversary of his death by recreating two of his solo album covers. Erin used the records “Str8 Off Tha Streetz of Muthaphukkin Compton” and “It’s On (Dr. Dre) 187um Killa.” Erin says she still misses her father “dearly,” and is proud to have put her own touch on his work. She adds that she hopes Eazy-E will one day get the credit he deserves for his impact and influence on the hip-hop industry.

Eazy-E, whose real name was Eric Lynn Wright, died on March 26th, 1995 at the age of 31 from complications from AIDS. Prior to his death, Eazy-E was a member of the iconic rap group N.W.A. He also released several solo projects.