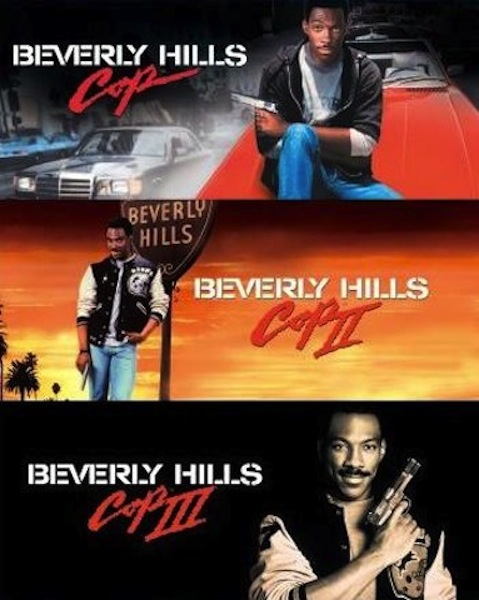 Although its been nearly three decades after the first ‘Beverly Hills Cop’ film hit theaters,Â Eddie Murphy is in talks to bring his hit movie Beverly Hills Cop to a TV screen near you.

Murphy has teamed up with ‘The Shield,’ ‘Last Resort’Â writer-producer Shawn RyanÂ to pitch a show that would focus on Axel Foley’s son, who moves to Beverly Hills to escape the shadow of his father, which Murphy would play, now the chief of police in Detroit.

”What I’m trying to do with ‘Beverly Hills Cop’ now is produce a TV show starring Axel Foley’s son, and Axel is the chief of police now in Detroit.”

”I’d do the pilot, show up here and there,Â None of the movie scripts were right; it was trying to force this premise. If you have to force something, you shouldn’t be doing it. It was always a rehash of the old thing. It was always wrong.”

Murphy would be an executive producer of the series and appear on-screen for the pilot and the shows first season.Â The upcoming series is said to be “a buddy cop show” and will be an hour-long crime show with comedic elements.Â The first “Beverly Hills Cop” movie was released in 1984 and raked $316 million worldwide with a mere $15 million budget. The second and third installments came out in 1987 and 1994, pulling in $299 and $119 million.

Would you watch ‘Beverly Hills Cop’ on TV?