Eddie Murphy Steps Down From Hosting The Academy Awards 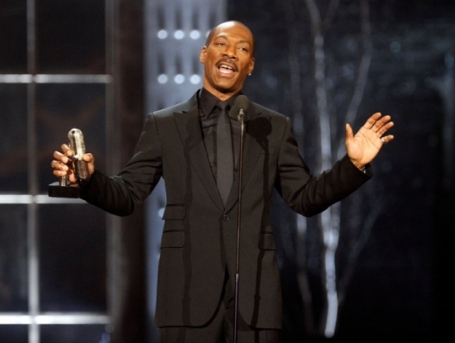 Actor Eddie Murphy has stepped down as the host for the Academy Hosts. While there is no clear reason as to why he has released a statement saying,

First and foremost I want to say that I completely understand and support each partyâ€™s decision with regard to a change of producers for this yearâ€™s Academy Awards ceremony. I was truly looking forward to being a part of the show that our production team and writers were just starting to develop, but Iâ€™m sure that the new production team and host will do an equally great job.

Apparently though, some other things went on behind the scenes. Read inside to catch the drama.

Eddie’s announcement of stepping down as the host comes after Brett Ratner (director of Eddie’s latest movie Tower Heist) has stepped down as the co-producer of the Academy Awards. Why did Brett step down? Supposedly Brett Ratner said some controversial sexual comments about anÂ actress named Olivia Munn. Rumors say that Ratner used the F-word during an interview withÂ Hollywood’s Arclight.Â Who does that???

Nonetheless, I guess sinceÂ Eddie’s friend has parted ways he’s decided to follow. I don’t understand what that has to do with him making his own personal money. I suppose when you’ve been in the game for a long time, you can do that. What are your thoughts on this situation? Who do you think could replace Eddie as the host?