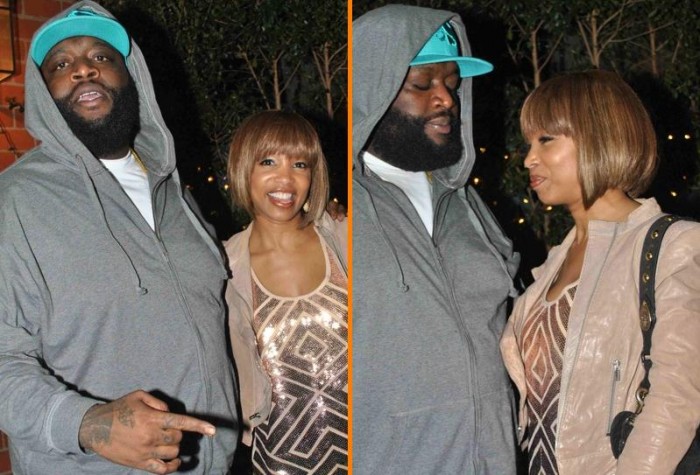 Seasoned actress Elise Neal is letting it known that she in unhappy with those who are in care of Rick Ross after his recent health emergencies. The actress who had a brief relationship with the rapper says “I think they’re pushing him too hard”.

Neal spoke with rumorfix.com and had this to say:

â€œI hate to say this, but I saw this coming, They donâ€™t think about him or his healthâ€”pushing him to do all these videos, pushing tours and shows. He is not 20 years old anymore. No one seems to care about him really or overall his health.â€

On Friday Ross suffered from a seizure while on a commercial flight to Memphis, TN. The plane made an emergency landing and Ross later tweeted that he was fine and will continue to do the show he had scheduled. No less than 24 hours he suffered yet another seizure while on a private jet and was then forced to cancel his upcoming appearence.

â€œIf you have a medical emergency â€¦ if you have the people who are closest around you saying, â€˜Youâ€™re alright,â€™ youâ€™re going to be more apt to say, â€˜Iâ€™m alright,â€™â€ the Hustle & Flow actress said.

Although Elise Neal and Ross remain friends their relationship ended earlier this year aledgedly due to Ross being seen with another woman.

Do you agree with Elise on Ross’ camp neglecting to attend to to his medical needs?