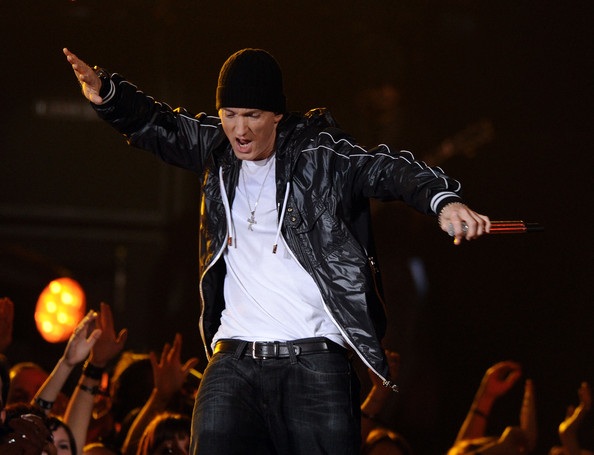 It appears as if Eminem will be performing at one of the summer’s biggest music festivals. The “Chicago Tribune” is citing “reliable industry sources” who say the rap megastar will be a headliner at this year’s Lollapalooza. Rockers Muse and Foo Fighters are also said to be on board as headliners, while Best Coast, Girl Talk, Crystal Castles and Lykke Li are among the other acts slated to perform. The complete lineup for this year’s Lollapalooza will be officially announced in April. Lollapalooza will take place August 5th to the 7th at Chicago’s Grant Park. For more information visit Lollapalooza.com.
Eminem fans will get to see the emcee perform this weekend when he takes the stage at the GRAMMYs. The hip-hop icon is also up for a GRAMMY-best ten awards, including Record of the Year and Album of the Year. Tune in to CBS this Sunday at 8:00 p.m. Eastern for the 53rd Annual GRAMMY Awards.