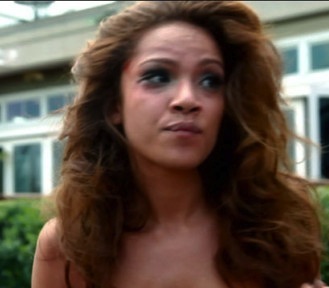 Love & Hip Hop star Erica Mena appeared on this week’s episode where Kimbella throws a champagne glass at her after she accuses her of cheapening the video vixen industry by agreeing to work for a pittance.

Then the fight between Erica and Kimbella begins that allegedly derailed the career of Erica.

The star told TMZ that it was all VH1’s fault as she thinks that she was misrepresented in the episode.

She blamed that the editors portrayed her unfairly as the bad guy and Kimbella as an angel.

Watch the fight below just in case you missed it.

Erica also claimed that her whole image in her career is affected by this single fight scene. She added that she wanted to pull this clip off but VH1 refused.

VH1 did not respond for comments in this regard.