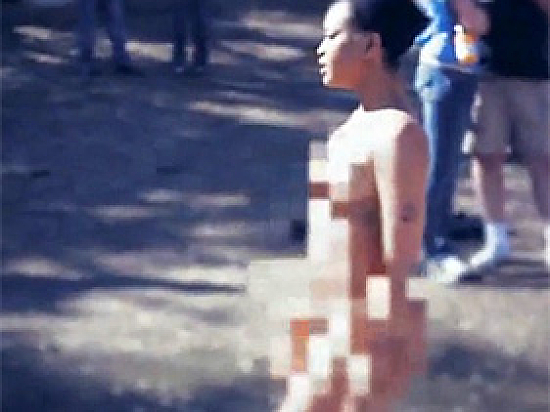 Erykah Badu will have to pay for her public strip tease on a Dallas street. On March 13, 2010, Erykah Badu shed her clothes as she walked along a Dallas, Texas, sidewalk until she was nude at the site where President Kennedy was assassinated. Â The result was a controversial video for her song “Window Seat”, which Badu wrote on her Twitter feed “was shot guerrilla style, no crew, 1 take, no closed set, no warning, 2 min., Downtown Dallas, then ran like hell.”

The singer has agreed to pay a $500 fine and serve six months probation for shedding her clothes in a video filmed at the site where president John F. Kennedy was shot dead in 1963, the Dallas Morning News has reported.Badu, a native of Dallas, paid the fine on Friday, a city spokesman told the Texas newspaper.