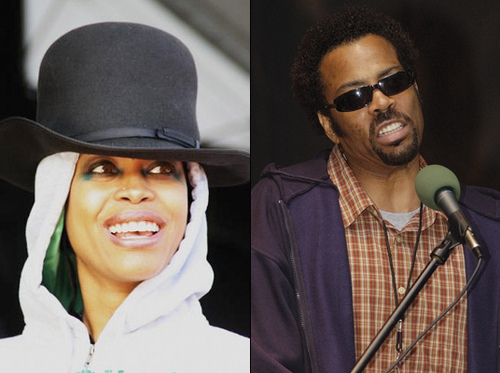 Reps for Erykah Badu are giving the D.O.C. a reality check about his plans to create a reality show around his relationship with the singer. The hip-hop legend told “The Dallas Observer” last week he was living with Badu, with whom he has a seven-year-old daughter, and that he wanted to turn the spotlight on their relationship in his upcoming reality series “I Got My Voice Back.” Badu’s reps have since come forward saying that will not be happening. They say the singer’s relationship with the D.O.C. goes no further than their shared parental responsibilities, and that any suggestion the rapper may have made about rekindling a romance with Badu in a TV show, is out of the question.

Speaking on the singer’s behalf, Paul Levatino tells the “Observer” the D.O.C.’s comments were either “taken out of context, improperly interpreted, or reflective of his now, not-so-secret desires.” Levatino adds, “Whatever the case, Erykah wishes D.O.C. well both spiritually and professionally.” D.O.C. told the paper he’s been living with Badu while he works with Dr. Dre on Dre’s upcoming album “Detox.”