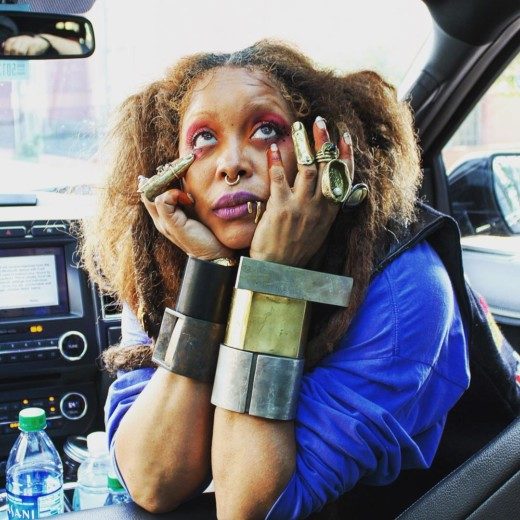 Over the years, NPR’s Tiny Desk Concert series has become a great showcase for not just begining talent, but for living legends as well. There is no better case for the latter than today’s guest, the one-of-a-kind mystic, Erykah Badu, who graced the offices at NPR with a two-song set that included two of her biggest musical moments of the last two decades.

Starting things off the right way, Erykah graciously introduces her bandmates, including woodwind, brass, and traditional standing bass, accentuating the jazzy style that was her early hallmark. She then slides into “Rimshot,” her musical ode to the snare sound that is a signature of so many musical styles. It’s a short performance, just enough to evoke memories of the singer’s late-nineties debut and the spiritual emotions she called forth on her 1997 debut, Baduizm.

The true highlight of the performance is “Green Eyes,” the expansive, improvisational closer from her 2000 album Mama’s Gun. After pausing a moment to remove some of her gold jewelry and grills, she swings right into the flowing, experimental jam session that is “Green Eyes,” putting the full force of her vocal virtuoso on display alongside her band’s hive-minded synchronicity. It’s a wonderful performance, whether you’re a jazz fan, Erykah Badu fan, or a music fan in general, a prime example of the timelessness of a true living legend.