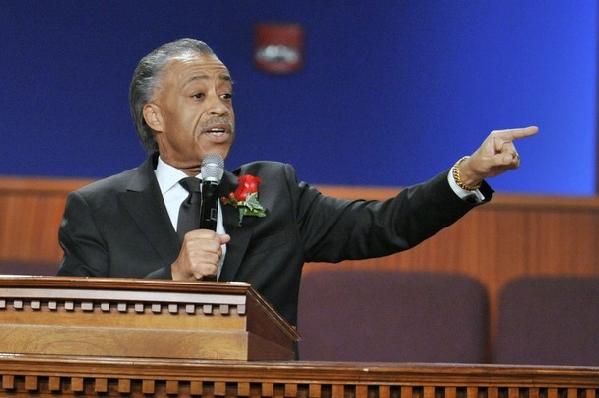 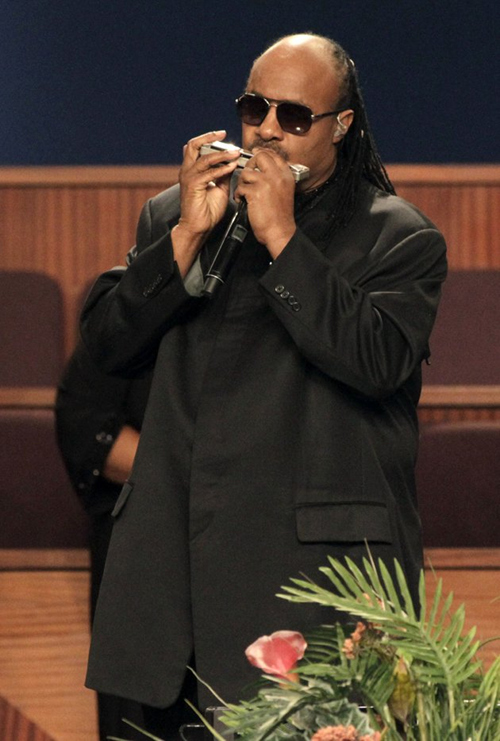 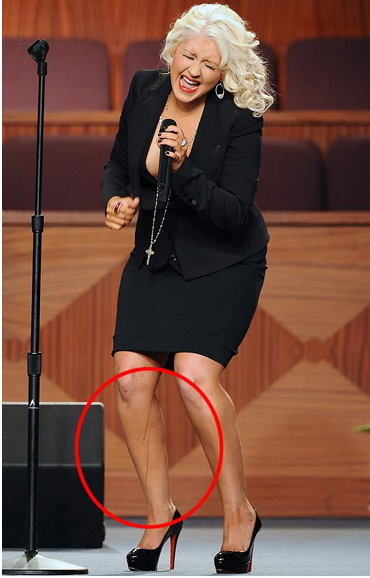 Â P.S. Everyone is on the internet talking about Christina and what she says was tanning lotion but everyone else say’s something different as it ran down the 31-year-old’s leg. Here’s the video and all the photos….

Christina Aguilera had a embarrassing “wardrobe” malfunction while singing at Etta James’ funeral. The malfunction had nothing to do with what she had on. It was caused by what she had in–or didn’t have in–securely. The unspeakable malfunction occurred because her feminine protection product apparently failed her. Or to put it grossly and bluntly, her tampon or maxi pad leaked, and her period ran down her leg

Etta James passed away on Jan. 20 at 73 years old after battling leukemia and dementia.