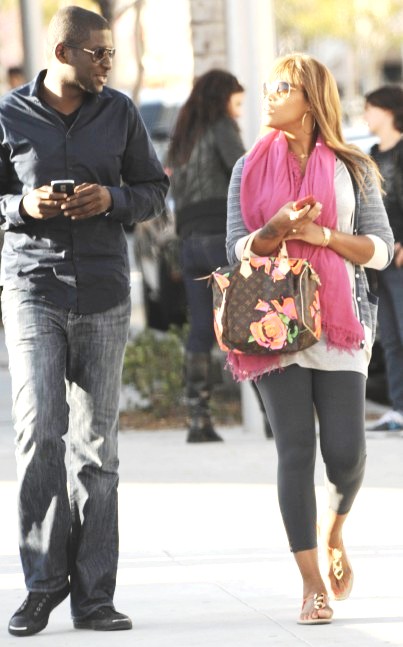 According to an interview in Sister To Sister magazine, Rapper Eve has called it quits with her ‘used to be long distance’ boo from Ghana. Eve said she began dating the bachelor, Kevin, earlier this year after ending her romance with Teodorin Nguema Obiang, the son of the president of Equatorial Guinea, amid his investigation for money laundering. Eve sure likes her some foreign black men…no ‘negroes’ for her. lol

Described as a wealthy and popular businessman, Eve and Kevin met through some mutual folks after a Wyclef concert in Ghana. Eve spent her spare time flying between the U.S. and Ghana to see Kevin, but admits the long distance and their different outlooks on life took its toll and she recently broke things off. He just wasn’t what she was looking for. Eve basically said she needs somebody to take control…not a man to lay down and be her door mat. Click below to check out how Eve felt about Kevin.

â€œI was going to Ghana for a while just because thatâ€™s where he is from. Heâ€™s an amazing man. We keep in touch every so often,â€ she tells Sister 2 Sister. â€œHe was a great guy, but I knew it wasnâ€™t right. We definitely didnâ€™t have the same things going on in our heads, as far as what it is we wanted as a life. He pretty much was down to do whatever I wanted to do and I donâ€™t need that, you know?â€

â€œI need somebody in my life thatâ€™s going to challenge me. Like, I definitely want to be priority, but I donâ€™t want a sap,â€ she said.

Why do women always do that? Find a man whose popular, wealthy, good to you, and gives you everything you want…but you all don’t want him. Can someone PLEASE explain thisÂ phenomenonÂ to me.