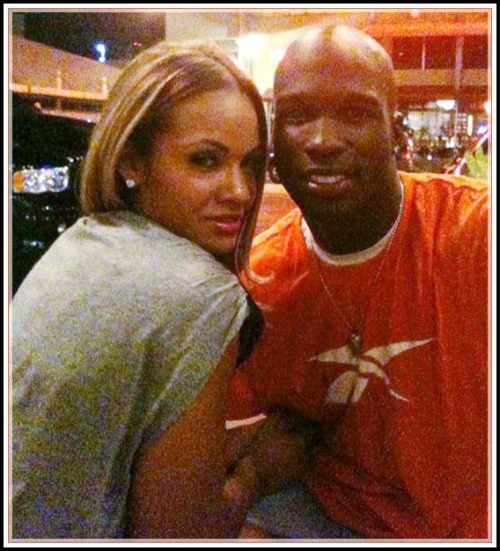 Just in case you have been living under a rock somewhere and missed out on who Evelyn Lozada’s new man is– well its Chad Johnson aka Ochocinco from the Cincinnati Bengals.Â  You may (or may not) recognize Evelyn but she is the chick on Vh1’s Basketball Wives and was once engaged to NBA player Antoine Walker. Before I continue, let me make something clear. Ochocinco is just not the reality star’s man…but her fiance. The two are engaged after 10 months of dating and she’s loving all the attention behind being his fiance.Â  Read on after the jump! Evelyn recently told People that Ocho is definitely her soul mate.

“He gets who I am, supports my dreams and loves me unconditionally. I just knew he was the one from me. I couldnâ€™t be happier with my engagement to Chad. Our friendship is true love and respect and is unlike anything that I have ever experienced.â€

A source also said, â€œEvelyn has been dying to have kids and is looking forward to starting a family with Ocho.â€

Mind you, the football star already has 4 children from previous relationships (3 daughters and a son) and Lozada has a daughter.Just a couple of weeks ago, Evelyn was reported for saying at a Jet-Bengals game that her and Ocho were like Beyonce and Jay Z.

I can already see that these two are going to be a mess. It’s an odd connection I must say– considering these two both love attention. Whatchall think? Does this romance have a chance?

— Posted By DatGiDamnKira (Check me out HERE!)