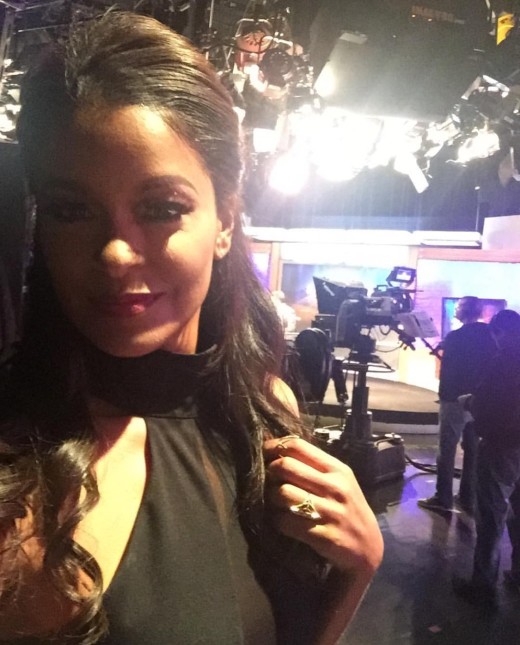 Check out our interview after the break.

Claudia Jordan is a veteran in the game of Hollywood. She has worked in almost every side of the entertainment industry from radio, television, to the big screen. We recently got the opportunity to get to know her as a lovely Atlanta peach toting sister on Bravo’s The Real Housewives of Atlanta. After her one season she decided to pursue other endeavors which landed her on TV One’s ground breaking “The Next 15” produced by Carlos King. Claudia had a very rocky road on the show where she dealt with beefing cast mates, drama of all sorts, and even found a best friend in Karamo in the midst of it all. Check out our interview below.

FreddyO: They say hindsight is 20/20. What did you do differently this time around on The Next 15 versus your time on RHOA?

Claudia Jordan: You know I am all about keeping it real. I still remained myself. You can have the best intentions but all you can do is pray for the best. During my time on the RHOA I was a little green to the process. This time around I knew exactly what to expect. We are all at the mercy of editing. It’s funny you can try your best and still look like the bad girl. (Laughs)

FreddyO: Tell me why did you decide to take on The Next 15 after coming off of the RHOA?

Claudia: On the RHOA I was a small fish in a big pond. Truthfully my focus is on LA. I am working on my acting career and working on some great projects. I felt that the The Next 15 would give me a great swing of momentum. It was a very good idea for me!

FreddyO: You have a wonderful friendship with former RHOA cast mate Demetria McKinney. I was so surprised to see you and Jennifer Williams have beef. Are y’all good now? Also have you made any new friends?

Claudia: Truthfully I was surprise about the beef too. Jennifer is friends with a man I was once married to and she sees me through the eyes of my ex. I wanted her to see me for me. It was very frustrating because we had no reason not to dislike one another. You have to consider the source when you are listening to other people. I recently attended a benefit to raise money for cancer research and awareness and Jennifer was there. I reached out to her at the event and we agreed to squash our differences. We are good and I hope that we can continue in that vein.

Karamo and I hit it off instantly. He is so much fun and we just click. We went to Vegas and he shared that he had always wanted to go to a pageant and I surprised him and took him to the Ms. Universe Pageant. He was so happy. I know we will be friends for life. I am so happy that I got a chance to connect with him. I am cool with Tiffany and Laura

Truth be told I was so disappointed in Benzino. I thought he was my friend but reality tv has brought out the worse in him. He has said some really mean things to me and I think we have squashed things and he continuously brings issues back to life. I really don’t know how to deal with him right now. That is so disappointing.

FreddyO: You have an interesting dynamic with your fans. I watch you clap back and interact with them and think to myself “CLAUDIA you really can’t let these people see you sweat!” let’s talk about that.

Claudia: I am human. Sometimes I can let it roll off my back but other times I have to set them straight. I have to speak my truth and keep it real. The cyber bullying and social media courage can be too much. It’s a human response and seeing cruel things people post can be too much. I have dealt with depression and I think people should have a little more empathy.

FreddyO: You are a very honest person. What are your thoughts on reality tv?

Claudia: It’s a little daunting. I am authentic. My greatest goal is to one day have a talk show. I want people to see the real me. People can relate to real people. I think it is terrible to put on “airs” and hide behind religion. Some of the meanest people are supported because they quote bible verses. That’s manipulation of people’s faith and I know God don’t like it!

FreddyO: What’s next for you Claudia?

Claudia: Things are truly taking off for me! I have a couple of movies including “The Hills” and “Love is Not Enough“.

I am executive producer for “My Better Half” where I pulled together 80% of the cast. I am in the works with Carlos King on a few projects. 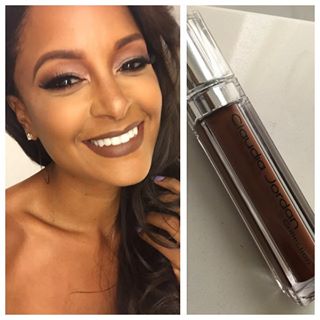 In addition to movies and television I have launched several products including my Claudia Jordan Matte Lip Stick Collection. I have 8 beautiful colors named after shady aspects of my reality tv career. It’s fun and great lipsticks. I am also launching an alcohol line called the Shot Pack it’s like capri sun for adults. We have several flavors including mojito, strawberry, and lemon drop.

My love life is great. I am currently working behind the scenes and making my dreams come true!