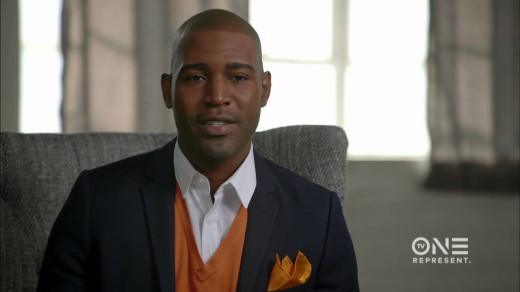 Check out our interview below.

Karamo Brown first hit the scene about 10 years ago as a fresh-faced recent graduate of Florida A&M and was the first African-American openly gay man on the hit MTV series Real World: Philadelphia where he was crowd favorite thanks to being out spoken and a wild child about town. Since his time on the Real World Karamo has evolved into a political commentator, a staunch advocate for African-American rights and a strong advocate for the LGBT community. The star who is totally transparent shares his journey as a gay black man living in America while raising a son he didn’t know he had by  a high school sweetheart. Karmao is the face of living his truth and being a shining example of the multi-faceted roles that members of the LGBT community can face. Check out our interview below.

FreddyO: How has reality tv changed since your days on the Real World?

Karamo: Things are totally different. The Real World just dropped us off at a house and we were forced to stay there for four months. We had no producers, no camera man, everything was organic. They had cameras in the wall and we were free to just live our lives. On The Next 15 the fourth wall is totally broken. We interact with the producers, there’s call times, schedules. As an adult I prefer the set up of today’s reality tv because I got kids to raise and business to handle!

FreddyO: On the show you are known as the peace keeper but many times you are labeled as an instigator. Is there a fine line between diplomacy and instigation?

Karamo: There’s a very thin line between diplomacy and instigation. I’m not a mean-spirited person but I understand that a little shade is enjoyable. So I cast my shade with a little light humor. I am all about stepping up and keeping it REAL! I mean we are ADULTS and grown for real. I admire Jennifer Williams and I have forged a real friendship with Claudia Jordan. Many suggested that I was an instigator in the midst of their beef but I was just trying to help them get to a common ground. But I was not going to allow my friend (CLAUDIA) look silly on TV either. I am all about keeping it 100!

FreddyO: As a strong voice in the LGBT community what are your thoughts on today’s political environment?

Karamo: It’s an exciting time! I don’t think Hillary Clinton has a genuine interest in the affairs of black people or the LGBT community. I believe it’s all just political for her. As far as Donald Trump goes he’s merely a reality star and trolling us all. I feel like this presidential campaign is a wake up call for our communities to see the undercurrent of racism and prejudice thoughts that lots of Americans have swept under the rug.

FreddyO: How does your son and step son feel about you being a reality tv star?

Karamo: (LAUGHS) They are so unfazed by it! They think I am old and out of touch. You know teenagers think 30 is OLD!

FreddyO: What advice do you have for young people watching you live your truth and fearful of doing the same?

Karamo: My advice is for everyone. Live your truth! Understand that you will never be happy faking the funk. When you are living in your truth and purpose you can’t help but be happy, successful, and purposeful!

FreddyO: What’s next for you man?

Karamo: I’m just living my life as a BOSS! I am working with Access Live. I am proud to say I sold my first show/producing a show with Dr. Drew and living my life to the fullest. Many people ask why I would do reality tv after having a successful career after The Real World. I have worked with several networks including CNN, OWN, HLM, and others. I really wanted to hit a culturally appreciated network and show the world what Karamo Brown is made of!

Bet's new reality show "Encore" was all about taking female artist from past girl groups and form a super group, they started with 9...
Read more
Politics