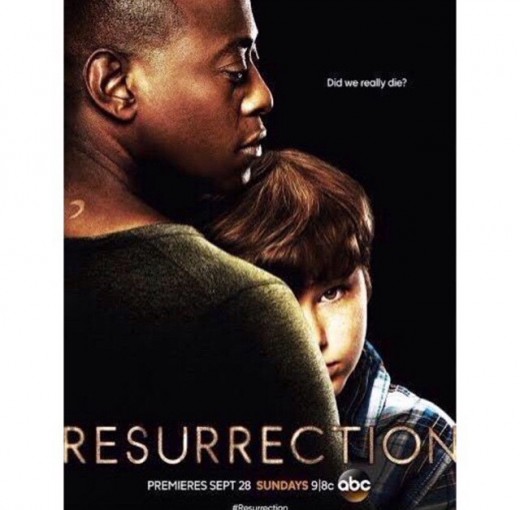 Omar Epps visited the homies Ryan Cameron and Wanda Smith for his role on ABC’s hit “Resurrection.” He spoke candidly about seeing his children react to seeing some of his former work and his method of memorizing lines through his “photogenic memory:” “If I’m in the trailer getting my hair cut [or whatever], I’ll look over my lines then. I don’t like to have a lot of lines just in my head.” How incredible is that?!

Epps discussed the difference between shooting scenes for “Resurrection” and for movies. He says the biggest difference is “timing,” saying that it “takes 8 days to film one episode” and the “pacing of it just never stops.” He also says that a mix of generations who remember and recognize him daily from his 8 year stint on the Fox hit medical drama ‘House’ and his movies like ‘Love & Basketball,’ ‘The Brothers,’ and ‘In Too Deep.’ He says that sometimes, some fans may not even be familiar with his earlier movie roles because they’re only aware of his television work. Epps says more often than not, people who are around his age say that they do support him on ‘Resurrection’ because they remember ‘the homie’ from his classic film work.

Cameron and Smith also asked Epps about his take on why so many veteran actors and actresses (i.e. Lawrence Fishburne, Halle Berry, and Jada Pinkett-Smith) are taking to the small screen: “That’s where the work is! That’s where the good stuff is. There are so many stories and so many outlets [which make for] more opportunities.”

Additionally, the father of three says that he makes sure that his children live a “regular life” and that “they know the difference between the illusion of fame” and the reality of life. Epps says that an interest in acting has arisen in his children so he wants to “support [his] kids in whatever they want to do [so] we’ll see.”

Make sure you watch ‘Resurrection’ on Sunday nights at 9 PM/8 PM Central on ABC!