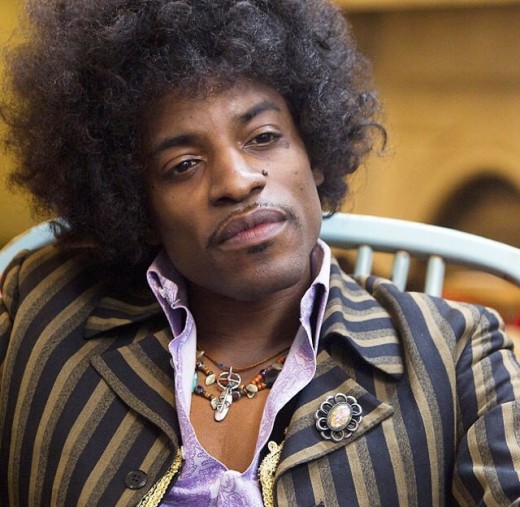 Atlanta is getting ready for a MOMUMENTOUS weekend thanks to Outkast’s #ATLast Homecoming concert and his new movie about Jimmi Hendrix.

Atlanta’s own Ryan Cameron got a supr exclusive interview with Outkast‘s Andre 3000. The two caught up and spoke about parenthood, the long anticipated #ATLast Homecoming Concert at Centennial Olympic Park this weekend, Jimmi Hendrix, and music. The interview was short but it was iconic and a great way to set the stage for a weekend that Atlanta will never forget.

Andre 3000’s Thoughts on the Evolution of the Outkast Concert since Coachella:

“It should be interesting. We have had time to get used to working on stage after 5 months of touring. It’s not so hard anymore. Coming home should be fun; as long as the crowd is fun it should be cool.

“John Ridely (Director) was presistent about me doing this film. I knew he was serious when he came to Atlanta to talk to me about it. I had my reservations. I was joking around with Seven (his son with Erykah Badu) about should I do the film. He told me to do it! At the time it was a great distraction. It was something to focus on. I focused becuause I did not want to miss it up.

The film is about the early Jimmi Hendrix darted around the 1960’s. It’s all about what made him Jimmi Hendrix. People have to work to become who they are. Look at old tapes of your favorite artists be it Outkast, Kanye West, or Beyonce. You start with a little bitty dream and it takes time to build confidence. Everybody starts somewhere.”

“Artists reach out all the time. If I can write to it; I’ll do it. Funny story “Bandz Make You Dance” was supposet to have one of my verses. I wanted to do it; but it never came together.”

“I trust Seven’s ear. We debate about songs. We discuss what’s cool. He has a great ear. He has always liked music. He even turns me onto stuff.”

“Thank You Atlanta for the support. I am so happy to see Atlanta’s influence on the world. Believe it or not trap music is being made all over the world.

Check out the audio clips below: