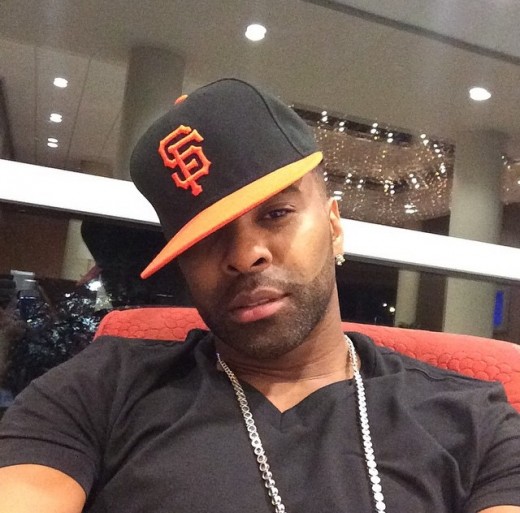 I recently had the opportunity to sit down and catch up with singer/actor Ginuwine about his latest venture into the world of acting and his next musical endeavors. Ginuwine is talking his love of dance and music to the big screen this weekend with the highly anticipated release of “Chocolate City” a coming to age tale about a young man making it in the world of adult dancing starring Robert Ri’chard, Tyson Beckford, Deray Davis, Vivica A Fox, and Michael Jai White.

Check out what Ginuwine had to say below.

FreddyO: Hey man it is so good to catch up with you! Congrats on the new movie and as a man I have to be 100; I was not checking for a movie that is all about men stripping. I was pleasantly surprised that it was a movie about stripping but it wasn’t uncomfortable for you boy. What do you want you fans both male and female to take away from “Chocolate City”?

Ginuwine: LOL! Thanks FreddyO. I want my fans to go out to see “Chocolate City” it is out this weekend. I also want them to know it is nothing like “Magic Mike”. We have some great actors and actresses and it’s a great story. You will get a chance to see my acting chops too. It’s really a good time for a girls group or a date night. I want the homies to know that there’s nothing to feel uncomfortable about; you might learn some moves to impress your lady. 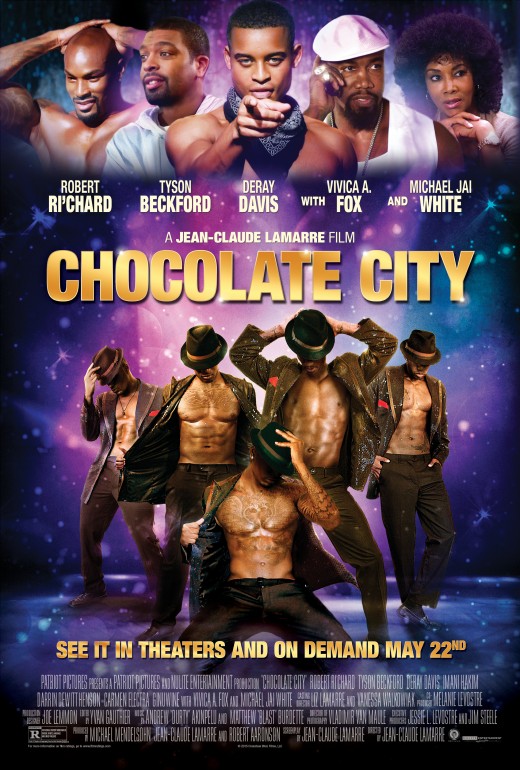 FreddyO: That’s what up man cause you know brothers don’t like to feel uncomfortable. LOL! Tell us about your character Pharaoh. Are you Ginuwine anything like Pharaoh?

Ginuwine: HELL NO! Pharaoh is very conceited; he was a great character to portray because I am nothing like him. I am very laid back; not really shy because that sounds so young boy like. But we are totally opposites. I felt that if I could make people believe that I was like Pharaoh I have won the role.

FreddyO: The cast of “Chocolate City” was star-studded. How was it to be on set and do you have plans on doing anymore films, tv, and/or the stage?

Ginuwine: I had a great time working on set. I really enjoy acting; I am actually auditioning for various roles and I am taking my time to hone my craft. I want people to see me as an actor not a musician tapping into the world of acting. I want credibility. Actors and actresses work hard to be successful in their craft and I want to earn the title as actor. I hope to do a lot more movies!

FreddyO: I can’t talk to you without asking you about your music. I see you are back in the studio with Timbaland. What’s next for you musically?

Ginuwine: I am currently working on my next album that slated to drop at the end of 2015 or the top of 2016 entitle “Same Ol G“. I look forward to pumping out some great music for my fans and it’s so much fun getting back to work with Timberland.

FreddyO: Where do you see R&B music going these days? It seems to be a revival of sorts sparked by you and the your ultimate 90’s/00’s boy band TGT.

Ginuwine: R&B music hasn’t gone anywhere. The problem with people in our generation is that we are basing our R&B tastes on young people. We can’t expect a teenager to understand 90’s music. We need to support our generation’s music. That means seeking our those musicians and radio stations that play that sort of music.

FreddyO: What’s going on with TGT? It was truly genius for you to partner with Tyrese and Tank to bring back that 90’s R&B flavor to the present day music scene.

Ginuwine: Thanks man! We are currently working on our solo projects these days but once we slow down we plan on getting back together to create some good music!

FreddyO: Man it was truly a pleasure catching up with you! Much success on your ventures and I will let the world know check out “Same Ol G” when it’s about to drop.