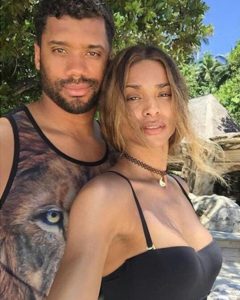 As you very likely already know, Russell Wilson plays football for the Seattle Seahawks. He is married to Ciara, a professional singer. Prior to their marriage, Ciara was engaged to a rapper named Future and the two of them have a child together. Future is from Atlanta, the home of the Falcons, who host the Seahawks this weekend in an NFL playoff game.

Now that you’ve got all that, some dude thought it would be funny to have Future perform the national anthem before the Seahawks-Falcons game as a joke at the expense of Wilson or to mess with his head.

Petition for Future to Sing the National Anthem at Falcons-Seahawks Playoff Game https://t.co/bNtB62bdo3

The petition has a goal of 1,000 signatures (because that makes it legally binding in Georgia?) and is at 821 as of the time of these keyboard strokes. The explanation of the existence of the petition is written in childlike prose and with code only a linguistics professor (or a millennial) can explain.

Russell Wilson is a chilly pimp. I don’t f##k with him because he reminds me of Eriq LaSalle’s character, Darryl Jenks, the heir to the Soul Glo empire in Coming to America. Future coincidentally was engaged to and reportedly laced Russell’s current wife in Gucci flip flops. I believe that if Future sings the national anthem, Russell Wilson, the Seahawks, and Soul Glo will all take Ls. This would be great for humanity but especially America, which we all know is going through a very tough time right now.

Anyway, the Falcons aren’t going to do this no matter how many signatures this petition gets.