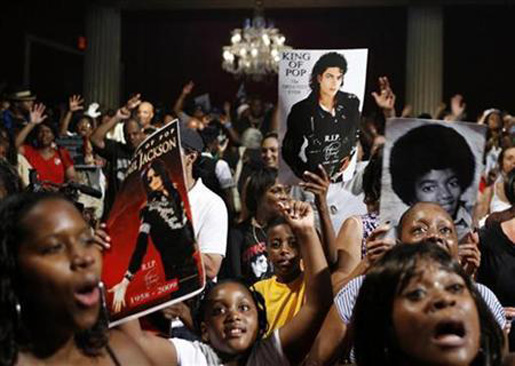 Fans of the late Michael Jackson are getting the opportunity to star alongside the King of Pop in his next music video. Sony Music and Jackson’s estate have announced that director Dennis Liu will be selecting fan-submitted clips that will be featured in the upcoming video for the track “Behind The Mask.” Beginning on March 7th, Jackson supporters can visit BehindTheMask.MichaelJackson.com where they can upload clips of themselves performing some of the pop icon’s famous dance moves. Liu will then select the top submissions and weave them into his video. Fans will be able to see if they made the cut in the first week of April when the “Behind The Mask” video makes its debut.

“Behind The Mask” is the latest single off Sony’s posthumous Michael Jackson album, “Michael.” The record dropped last December and has shipped more than three-million copies across the globe.