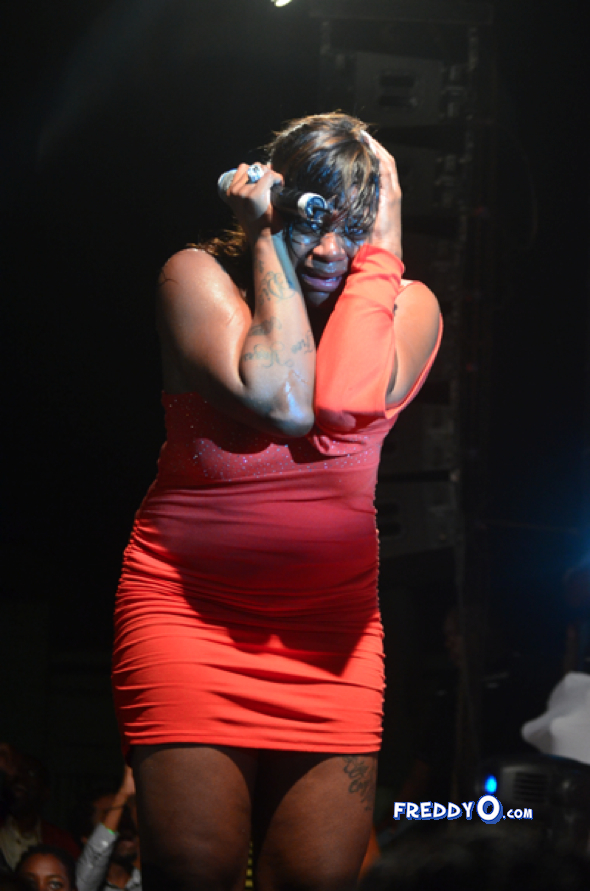 An emotional Fantasia Barrino broke down in tears in front of hundreds of adoring fans during her performance at the Truth Is concert staged at the Ambassador Hotel, Port-of-Spain, on Saturday night. Allowing the tears to flow freely, the Grammy Award and 2004 American Idol winner had the crowd awestruck, as she cried while delivering her hit song Even Angels, from her third album Back To Me.

The star who was in Trinidad to celebrate her 28th birthday told fans she had been through many obstacles in her life but had emerged stronger with the help of God.

â€œNo matter what youâ€™ve been through, know that you can fly. I have to tell God thank you because he has blessed me. Just when I thought it was all over, he kept blessing me,â€ said Fantasia. â€œHeâ€™s always been there. I made it through because of God…Everything I went through is my testimony.â€

Noting that the music industry is â€œvery snakish,â€ Fantasia said it got very tough sometimes, as she had to deal with a lot of negativity during her career. She said,

â€œThis year, we lost Whitney Houstonâ€¦They just wouldnâ€™t leave her alone. They did not understand that she was only human. We lose family, friends, all for the love of money. The only person who will never leave you is Jesus.â€ 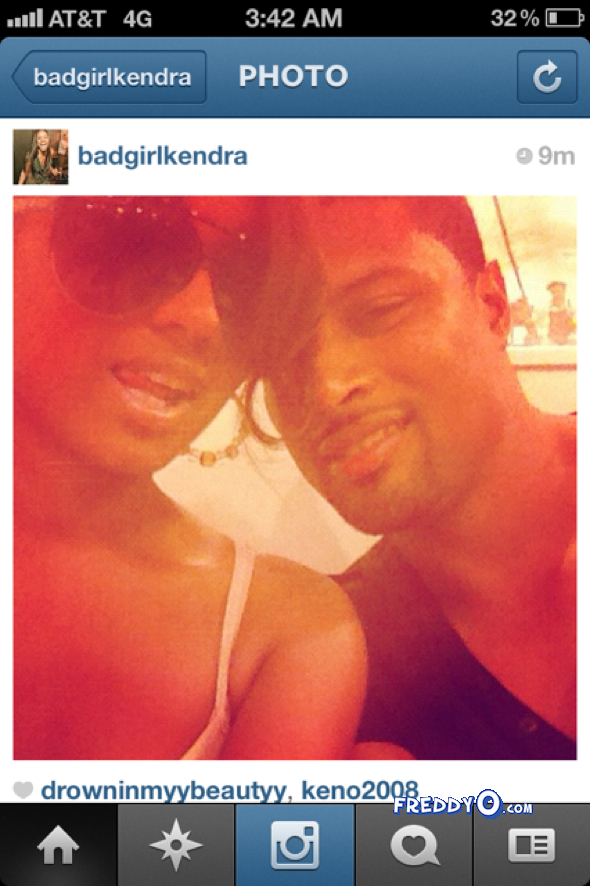 Word on the net is that Fantasia’s baby daddy Antwaun Cook has moved on to his next victim. THe YBF reports, “we don’t know if his divorce from his estranged wife Paula is final yet, but we do hear that former “Bad Girls Club” star, Kendra James, is his newest boo thang.

Kendra James, a former star of Oxygren’s “Bad Girls Club,” recently posted a pic of her looking quite “close” to a young man. But once folks on her Instagram asked if the dude was Fantasia’s baby daddy Antwaun Cook (since it very much looks like him), the pic was mysteriously deleted. And Kendra also deleted the link from her Twitter account. Why go through all of that behind a simple question Kendra? 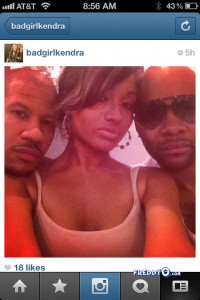 The reality chick also posted a second pic with two other gentleman, whom a source identified as Antwaun’s fraternity brothers.

Our source added that Antwaun revealed to his own friends that he and Kendra ARE dating and have been together about 3 months.

And Ant has had some suspicious social media behavior of his own. At one point, he was following only one person on Instagram and it was Kendra James.

But since she was your very first, we put money on it some chop down action is going on somewhere.