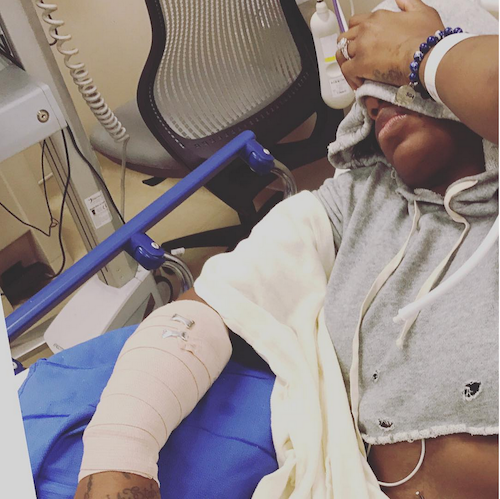 Fantasia’s been on the road performing on her Rock Soul Tour, but yesterday it all came to a halt.

Her husband, Kendall Taylor, took over her Instagram to relay the news to her fans that she had suffered an accident that caused 2nd degree burns. Despite her trying to perform her show in Memphis last night anyway, she was advised against it.

Speaking on behalf of my wife: “She walks as a powerful force in the earth. Impacting everything she touches and encounters. I love her determination and sheer will power to not accept defeat on any level. She complains little, but so sacrifices much! But there are times when our Father intentionally slows us down to reflect and hear from Him. My Wife experienced an accident today causing 2nd degree burns on her arm. She’s steady asking the Doc “Can I perform tonight?” But we must be wise and realize this isn’t a race, but rather a marathon. So Memphis, our team is already working to create a means that she can redeem this time with you. She had something truly special planned for tonight. So please, keep my Queen lifted in prayer, asking our God to heal her rapidly with no last negative affects. Rock Soul won’t be denied, this is simply a delay that will prove to be necessary for what’s to come. We love you all and thank you for your understanding and support! #WeaponsMayForm#NoneShallPropser 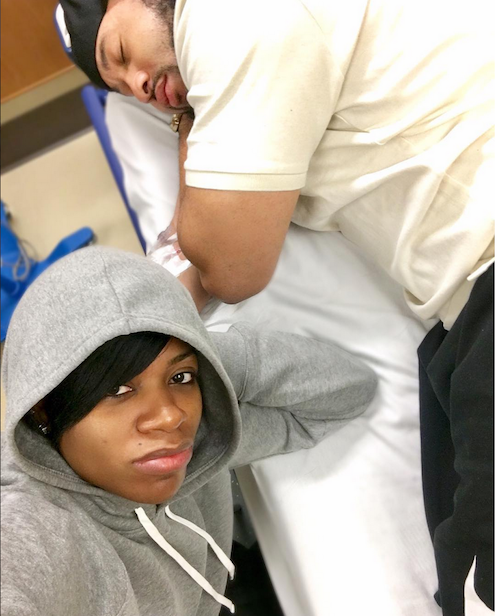 Fantasia and Kendall also snapped this pic in the hospital with Fanny including this cryptic message:

So you keep attacking huh? We are both Gods Kids that stay prayed up. When we walk up out of this Hospital we are ready to fight again babe best believe it .. King & Queen Taylor Straight off the stage into being a good Wife weapons may form but not prosper I speak LIFE, HEALING and LOVE from 5am in the morning up holding him down in Prayer. It’s unclear what exactly occurred. 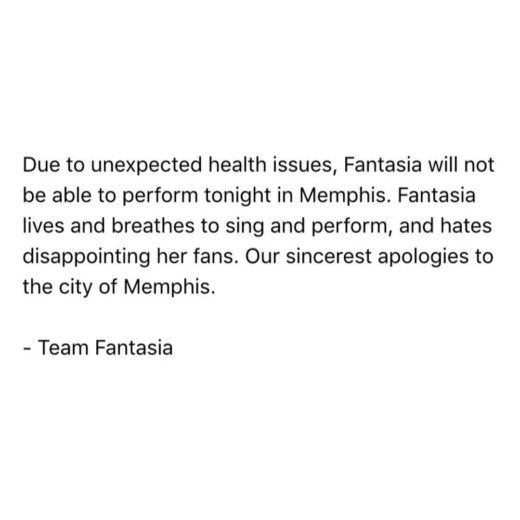 Fantasia’s scheduled to take the stage in L.A. at the Microsoft Theater this Wednesday and Thursday. Hopefully she gets better by then.