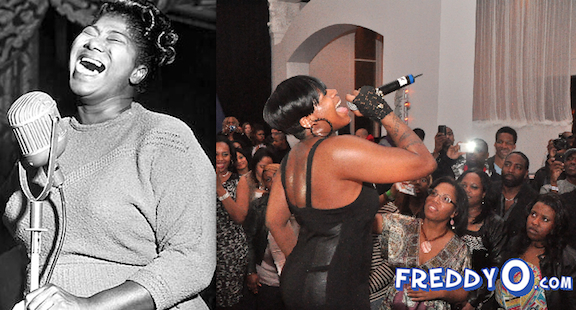 I can’t wait to see this film R&B singer and American Idol winner, Fantasia Barrino has been chosen to play the role of Mahalia Jackson in the Queen of Gospelâ€™s biopic. The feature film will be based on the 1993 book â€œGot to Tell It: Mahalia Jackson, Queen of Gospelâ€ which covers the life of the singer, and the role she played in the Civil Rights Movement.

Her story will begin from Jacksonâ€™s journey from poverty in New Orleans to her rise to fame and celebrity as a gospel figure. She tragically died in 1972 at the young age of 60 due to heart failure and diabetes. Filming will begin in April in Pittsburgh and Chicago for a December release.