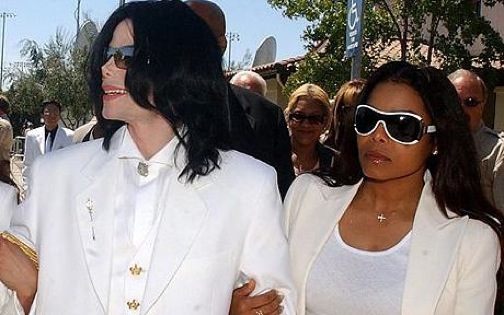 It appears as if Michael Jackson and his sister Janet were the targets of a series of death threats in the early 1990s. On Monday, the Federal Bureau of Investigation released 333 pages of previously classified documents pertaining to the “King of Pop.” According to TMZ.com, the files contain threatening letters from a man named Frank Paul Jones. In a letter written in July of 1992, Jones threatens to kill Michael Jackson if the pop icon didn’t pay him money. In a subsequent letter, Jones threatened to “commit mass murder” at a Jackson concert if mob boss John Gotti didn’t pay up. Wait theirs more and lots of Pictures:

Jones also wrote letters to get the attention of Janet Jackson, who he believed was his wife. He discusses Janet in one of the letters writing, quote, “The situation…is centered around her confused sexuality.” He adds that if Janet doesn’t “overcome” her sexuality he will, quote, “try to kill every homosexual on the face of the earth.” It is also reported that Jones at one point showed up at the Jackson family home in Encino, California.
Also included in Frank Paul Jones’ series of threats was George H.W. Bush. Jones was arrested in 1992 outside of the White House, but released the next month. He was eventually charged with extortion in 1993. Jones pled guilty to the crime and was sentenced to prison.