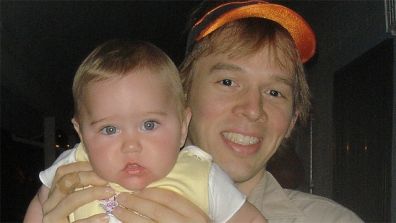 The FDA has reasons to believe that a California man has already fathered 14 children through donating his sperm to willing women over the internet! They have made actions to ensure that he will not donate anymore of his sperm and considers his act against the law. The agency have even gone as far as to calling him a “manfactur of human cells”…..I wonder was that his responseÂ when he was asked as a child what he wanted to be when he grew up. According to the FDA he is not following procedure by going through sperm banks but issuing his sperm through his own website…..check inside for more details on this developing story.

The 36 year old claims he is only doing it to help women in need. He has been donating since 2004 and has this to say,â€œI donâ€™t make any money, I donâ€™t charge people anything. And itâ€™s just helping childless couples have children.â€ Yes you read that correctly, he is giving his sperm away for FREE.

The government however does not feel like this should be a service self-regulated and are ready to take legal action if need be. Trent Arsenault works at a local computer security plant and fears the FDA’s involvement with his personal life will threaten his paying job. He spoke with FoxNews and had this to say, “Health of the mother and child is my utmost concern.”

He said through his services he has recieved over 20,ooo emails of women wanting his donation and believes he is truely helping the world. He already has 14 children and currently 2 more women are preganant with his child. He provides these women with fresh sperm and sends it to them immediately. Arsanault is prepared to take his case to trail and says he has retained the services of non-profit law firm Cause of Action, which “fights for taxpayers against government over-regulation,” and they will represent him at the FDA hearing.Â

This is all kinds of wrong but I’ll let yall be the judge…tell us what you think about this freeÂ online sperm donar.