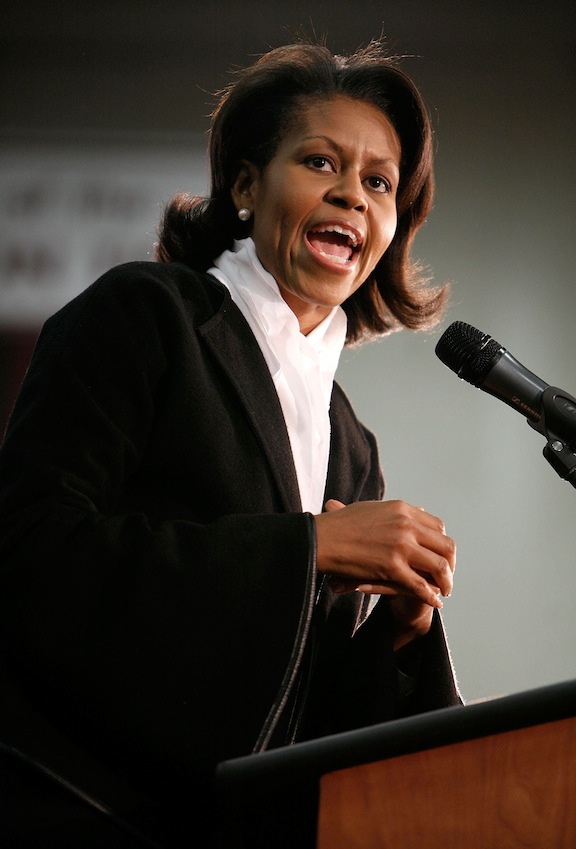 First lady Michelle Obama will serve as the commencement speaker at Spelman College, the White House announced Friday. The ceremony for more than 500 graduates will be held on May 15 in the Georgia International Convention Center. Mrs. Obama will also receive an honorary degree.

â€œHaving Mrs. Obama as our 2011 commencement speaker is a true honor because she embodies the Spelman College mission, which is to prepare women to change the world in a meaningful way,â€ Spelman President Beverly Tatum said in a statement. â€œI know our students will be inspired by her powerful presence.â€

Spelman is considered one of the nationâ€™s top liberal arts college and is the oldest historically black college for women. Along side Mrs. Obama the ceremony will feature other strong women. Sisters Debbie Allen, an actress and choreographer, and Phylicia Rashad, an actress and director, will receive honorary degrees. Wendy Kopp, who started Teach For America, will receive an award for community service.

I wish she would stop by Clark Atlanta after she finishes her speech and give my alumni some love as well. It’s right across the street! LOL