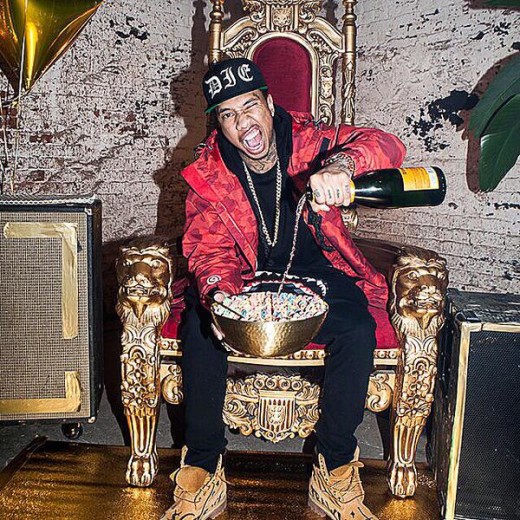 This summer we get a glimpse into Tyga’s kingdom.  Where Kylie Jenner’s boyfriend, King Gold Chains, is flying in private jets, driving the most expensive cars, and playing with exotic animals.  All this, on a rapper’s budget…  Kingin’ With Tyga!, MTV2’s new reality show, will feature the day-to-day lifestyle of the 25 year old rapper and his crew.  The crew includes his right hand man, Trell, his assistant, Katherine, D.J. S.B., and his manager Ant, who will play a big part in the six-episode series.  No word on whether we will see his girlfriend Kylie Jenner yet, but his adorable son with Black Chyna, King Cairo, will make a few appearances.  Check out the trailer below.