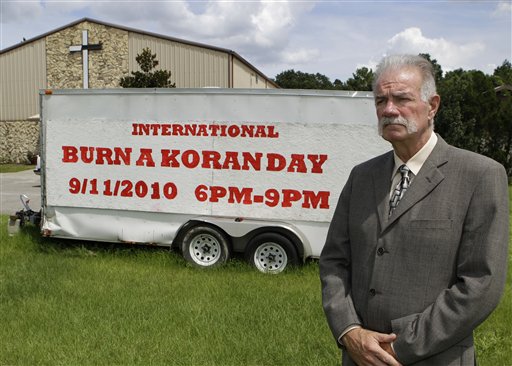 Sometimes, you already know when you are doing wrong. You feel it in your gut…and so does this southern pastor who is attempted to send a message to the Islamic world by burning the Qu’ran on 9/11/2010. This would have indeed had a world wide effect, and undermine much of the progress President Obama has made with the rest of the world. In fact, the FBI, military, and Florida police all advised the pastor to stand down on his agenda.

Pastor Terry Jones said today that he decided to cancel his protest because the leader of a planned Islamic center near ground zero has agreed to relocate it. The agreement couldnâ€™t be immediately confirmed.Â For some reason, he was compelled to place our lives in complete danger. Unbelievable.

Check out the video below!