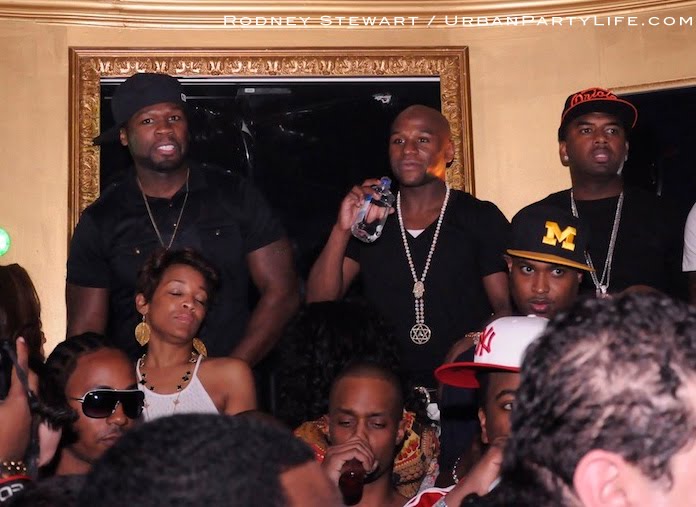 Boxer Floyd Mayweather has been sentenced to community service for partying! Music producer Anthony Dash has been trying to sue Mayweather for using his beats during two World Wrestling events in 2010. However, the two have yet to go to court about it because Floyd’s attorneys keep delaying the case. Most recently, Floyd’s excuse to stay out of course was that he couldn’t be “under any mental stress” because he was still recuperating from his Septermber 17th fight to Victor Ortiz. Although the excuse sounded good, it doesn’t work quite as well if that’s not what your doing! Read inside to catch all the drama and find out exactly WHY he’s getting sentenced to community service.

Apparently music producer Anthony Dash wasn’t going for Floyd’s excuses and took it upon him ownself to prove that Floyd was full of it. Dash came to court and had footage of Floyd partying in tons of clubs located here in the ATL. All of the footage was taken around the time that he asked the court to reschedule. After the judge saw this, it was on! This statement was released from the judge,

Â “This court finds that Mayweatherâ€™s actions constitute bad faith. Mayweather misrepresented to the court the nature and severity of his injuries, thereby obtaining a postponement of his deposition. He has therefore committed a fraud
upon this court.”

Dang!Â Floyd had to complete 40 hours ofÂ community service with the Las Vegas Habitat for Humanity by January 31st. You better get on it then Floyd and stay out of these clubs! What do you think of this? Crazy or what?