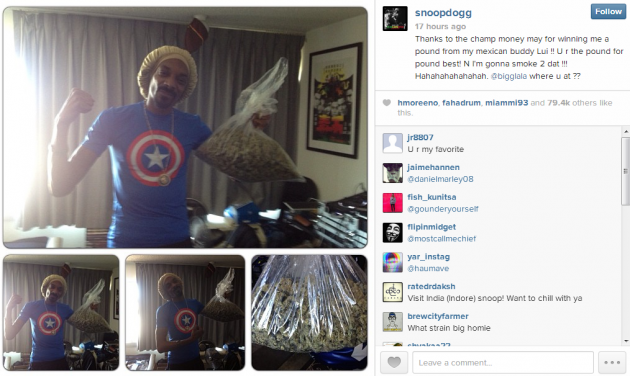 Uncle Snoop won a pound of weed in a bet against a Mexican man named Lui after Floyd Mayweather won his fight against Canelo Alvarex this past weekend.

“Thanks to the champ money may for winning me a pound from my mexican buddy Lui !! U r the pound for pound best! N I’m gonna smoke 2 dat !!! Hahahahahahahah.”

Hopefully Snoop does not get too lifted since he is hosting the BET Hip Hop Awards at Atlanta Civic Center on September 28, which is a little over a week away.