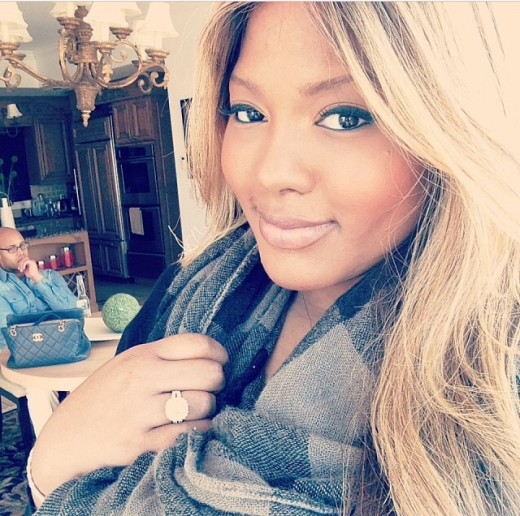 I am sad to report that our beloved plus size model and former “American Idol” contestant, Joan Borgella, lost her battle with cancer. The young singer/model was only 32 years old.

Joanne Borgella, 32, who was a contestant on ‘American Idol’ in 2008 and a plus-sized designer, has unfortunately passed away early Saturday morning according to a post from her family on her Facebook page after battling endometrial cancer for a year. Borgella had reportedly said that her type of cancer was not rare, but the fact that it spread to her chest WAS a rare occurrence.

Borgella was a plus-sized model whose limited edition clothing line, JBNY (Joanne Borgella New York) was designed by her specifically for plus-sized women who found difficulty in locating fashionable outwear. She was one of the first plus-sized models to hit the runway for New York Fashion Week and was signed to the popular agency, Wilhemina Modeling. She also modeled for Macy’s, Nordstrom, and Ashley Stewart.

Our thoughts and prayers are with the family, friends, and fans of Borgella during this difficult time of bereavement. May she rest in peace is our hope.