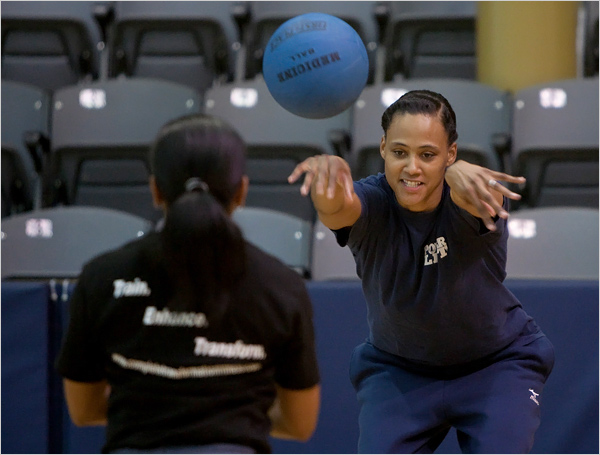 Embattled former Olympic track star Marion Jones made her professional basketball debut for the WNBA’s Tulsa Shock on Saturday. Jones was scoreless in her first professional outing on the hardwood and played less than four minutes. The Shock lost their first game of the season 80-74 to the Minnesota Lynx. The Shock signed the 34-year-old Jones in March. She had been previously drafted by the Phoenix Mercury in 2003, but never played for the team. Jones won five Olympic medals at the 2000 Summer Games in Sydney, but was stripped of the awards after admitting she used performance-enhancing drugs. The admission came in connection with a guilty plea to lying to federal investigators about her steroid use. Jones played basketball collegiately for the University of North Carolina, and helped the Tar Heels to the national title in 1994.