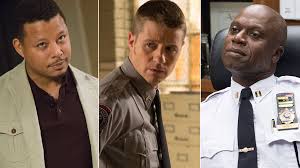 The FOX Television Network has officially announced that it will renew “Brooklyn Nine-Nine” for a third season and “Gotham” for its second. However, the biggest surprise was the fact that “Empire” has already gotten the green light for its second season!

FOX Television has decided to take a chance on one of its newest shows and has renewed the music industry drama “Empire” for a second season after airing only TWO episodes! Apparently, the folks over at FOX see that “Empire” may be a huge winner for them since the show has received a large amount of viewers and support. According to Entertainment Weekly, it was “far less expected…that Fox has renewed [the] hip-hop drama” although the show’s ratings were considered quite “stunning.”

Apparently, episode 2 of the series garnered more viewers than its premiere episode! Entertainment Weekly reports that the show’s “first week was surprisingly strong and new shows almost always drop for their second episodes — especially if the premiere was higher than expected.”

Two of FOX’s latest shows–Brooklyn Nine-Nine and Gotham–have also gotten renewals. The action comedy “Brooklyn Nine-Nine” set in the fictitious 99th precinct of New York has been on the air since September 2013 and stars Terry Crews, Andy Samberg, and Andre Braugher. “Gotham” is a DC Comics-based action crime drama starring the multi-talented actress Jada Pinkett-Smith along with Ben McKenzie and Victoria Cartagena.

Congratulations are certainly in order for all three shows and we hope that all will have a long run on the FOX network!